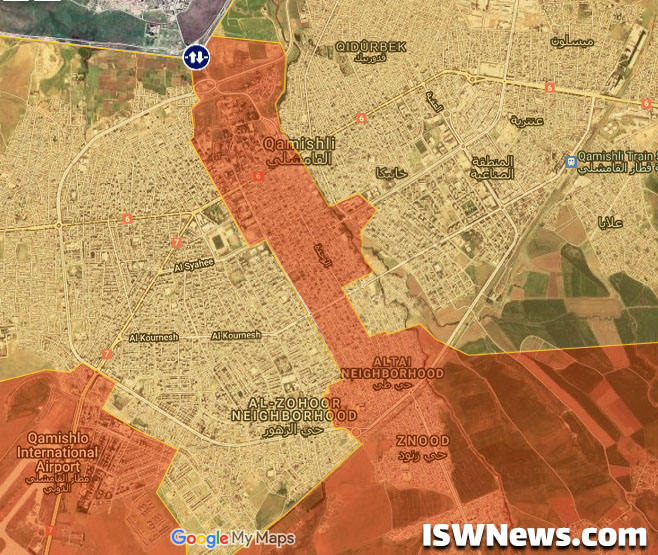 “SDF forces are a very important partner for us and they protect our soldiers,” Mackenzie said.

“We will do our best to calm the situation,” Kenneth Mackenzie told a Syrian media outlet about the clashes between Asayish and the National Defense Forces in Qamishli. He added: “We want to solve the Qamishli problem through dialogue.”

Yesterday, a Russian-brokered agreement was reached between the two sides to completely stop the armed conflict in the city. However, after a few hours, the agreement was violated and the clashes flared up again.

The commander of Centcom speaks of resolving the problems through dialogue while in the past 48 hours, the United States has moved a new military convoy containing 38 military vehicles and large quantities of ammunition and weapons to the outskirts of Qamishli.