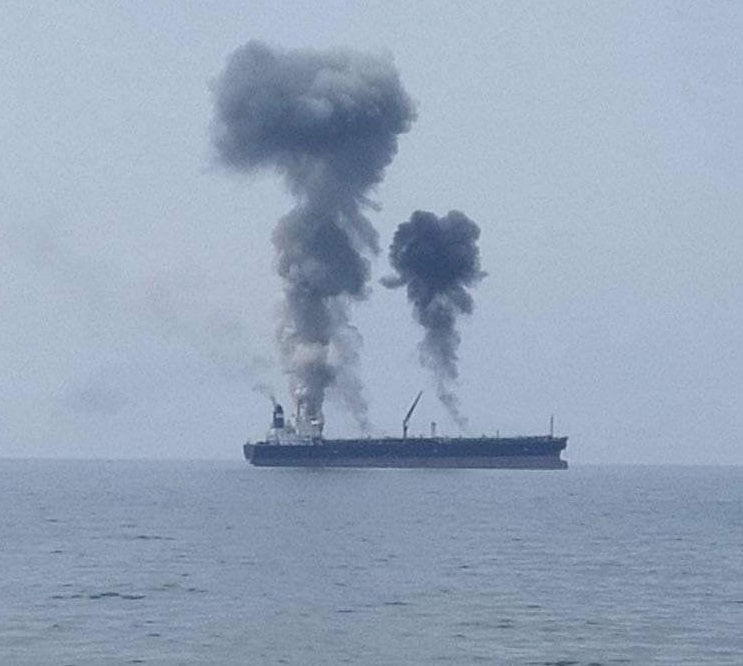 According to the published images, two pillars of smoke from the WISDOM tanker can be seen, which indicates a fire at two points in the ship. No further details have been released about the incident.

WISDOM is an oil and chemical tanker registered by Lebanon and operating under the Panamanian flag. In recent weeks, the ship was responsible for transporting oil from the Iranian tanker “Arman 114” (formerly Adrian Darya) to the port of Baniyas. In fact, due to the depth restrictions the Arman 114 tanker is not able to dock in this port and the evacuation operation is carried out by smaller tankers.

A suspicious fire broke out in this tanker 14 days ago. Official media attributed the previous incident to a fire due to careless welding.