Details of the oil tanker fire off the coast of Baniyas 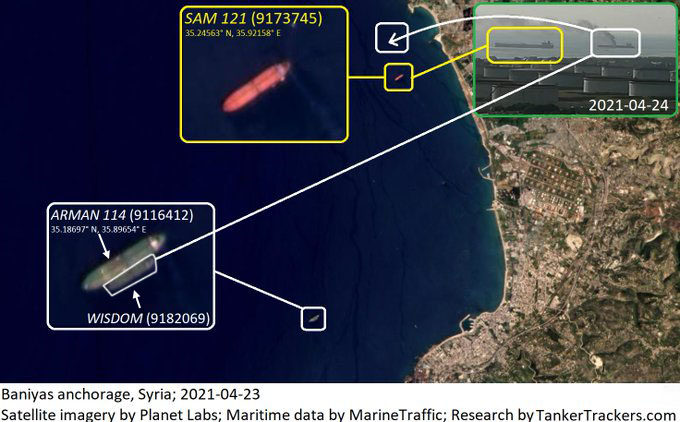 There were reports yesterday of a fire on a possibly Iranian tanker off the coast of Baniyas, which may have been targeted by a drone, but field evidence suggests otherwise.

According to the information obtained, the fire occurred in an oil tanker called WISDOM. WISDOM is an oil and chemical tanker registered by Lebanon and operating under the Panamanian flag. In recent days, the ship was responsible for transporting oil from the Iranian tanker “Arman 114” (formerly Adrian Darya) to the port of Baniyas. In fact, due to the depth restrictions the Arman 114 tanker is not able to dock in this port and the evacuation operation is carried out by smaller tankers.

The proximity of the two tankers to each other at the time of the fire was one of the reasons why the media misreported the fire in the Iranian tanker. Regarding the fire on the WISDOM ship, Syrian sources said that the incident occurred due to carelessness welding during offloading operation and that no attack was made on the ship.
On the other hand, some believe that the Israeli drone attack was the cause of this incident and that Israel mistakenly targeted the WISDOM ship. Some pro-militant media also reported that three crew members of the Iranian ship were killed!

In any case, what is clear from the field evidence is that there was a fire on the WISDOM ship, and the news that the ship’s crew was killed is not true, and the possibility of an Israeli drone attack on this ship is largely ruled out.