Where is US and Saudi Arabia base in east of Yemen? 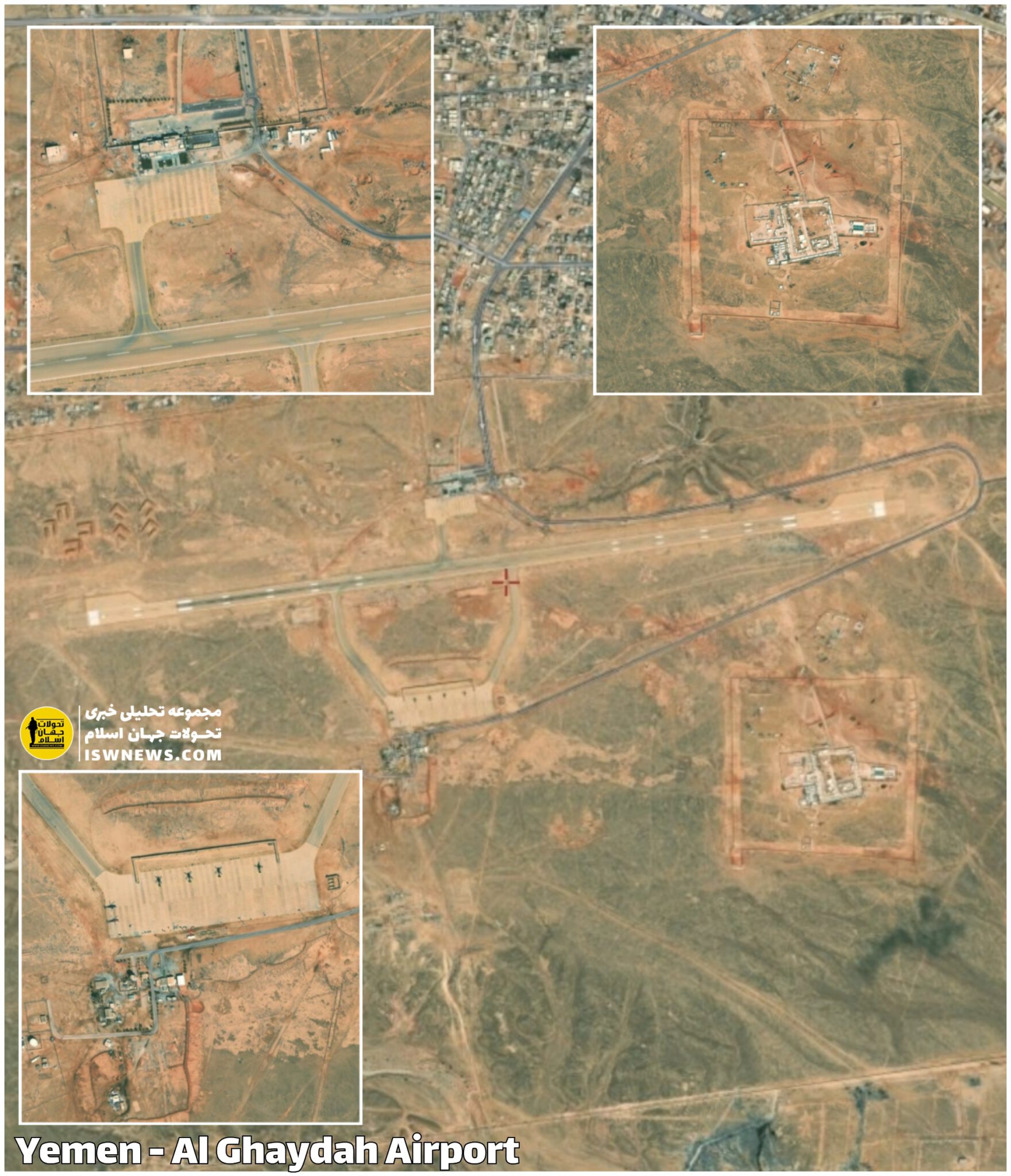 According to media and social media activists in Ghaydhah town, Saudi Arabia, started expanding Ghaydhah Airport which includes a series of security and military measures.. These claims are consistent with satellite images of Al-Ghaida Airport, in which the Saudi Army has deployed six military and support helicopters at the airport.

Flag of Saudi Arabia has raised in the airport, which caused objection of Mahrah province inhabitants in recent months.

Other investigations indicate the construction of a small base near the airport, where US and Saudi troops are said to be stationed. In addition to intelligence and security activities at the airport, they are responsible for monitoring and supporting all flights in the Yemeni airspace, including coalition warplanes and US drones.

Al-Ghaydhah Airport expansion was started by general Joseph Votel, CENTCOM commander, visit to Aden in 2018 and became operational when Frances Townsend, counselor of Doland Trump US ex president, and Christopher P. Henzel, US ambassador in Yemen.

Social activists and some elders of the Al-Mahrah tribes have been complaining in recent months about Saudi Arabia’s activities at Al-Ghaydha Airport and their secret prisons, which have been the scene of painful torture and numerous human rights abuses. Several times Mahrah inhabitants launched protests and armed engagement which were surpassed by Saudi Arabia and Mansour Hadi forces.