Palestinian Islamic Jihad takes on the role of a revolutionary 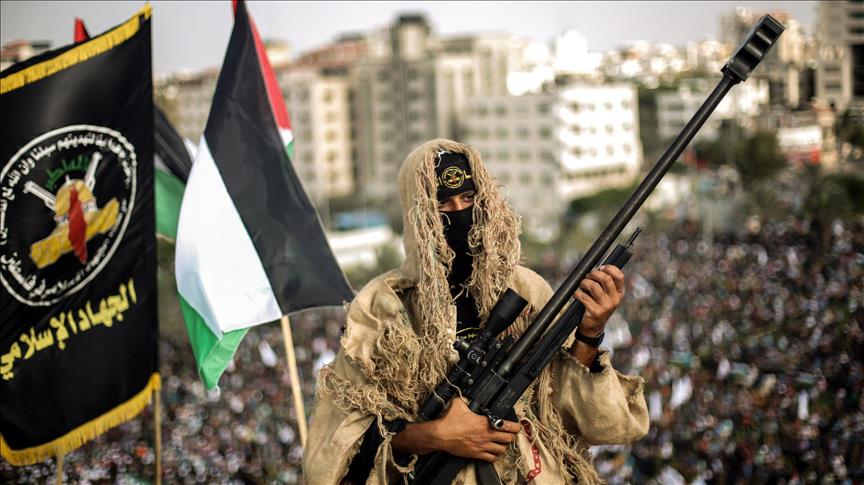 The last round of the battle of the sacred land demonstrated a high level of coordination between the main forces of the Axis of Resistance. The breakthrough in the holy struggle of the Palestinians occurred in three directions at once. 1- Following the advice of the leader of the Islamic Revolution-Ali Khamenei, the Gaza Strip […]

The last round of the battle of the sacred land demonstrated a high level of coordination between the main forces of the Axis of Resistance. The breakthrough in the holy struggle of the Palestinians occurred in three directions at once.

1- Following the advice of the leader of the Islamic Revolution-Ali Khamenei, the Gaza Strip and the West Bank have finally united in a united front against the occupiers.
2- Hamas has set up an “operations room “with Hezbollah and the IRGC in Beirut to coordinate military operations. Nothing like this has ever happened before in the history of the Palestinian struggle.
3- For the first time, Palestinian Islamic Jihad has called on Palestinian refugee camps in Lebanon, Syria and Jordan to join the revolution in the West Bank. For the Islamic organization, which after the martyrdom of the legendary Fathi Shaqaqi focused on a “purely military direction”, such a call became a symbol of a new approach to its policy. There was not just progress, but a kind of ijtihad.

Another sign of great change in the Palestinian party was the direct cooperation with the Revolutionary Brothers on the battlefield itself. So, for example, it is known that a fighter from Yemen became a martyr in the ranks of Saraya Al-Quds, another example is the presence of Kataeb Hezbollah on the front line. The telegram channel of the 45th Hashad al-Shaabi Brigade, showed photos from the tunnels of Gaza, which featured representatives of Kataeb Hezbollah. Why am I sure that the Iraqi brothers fought in the ranks of the Palestinian Islamic jihad? Because earlier, representatives of the Harakat Hezbollah al-Nujaba office were repeatedly seen in the circle of Saraya Al-Quds fighters*, although with a social mission. As far as we know, these Iraqi organizations have a similar ideology, so it is logical to assume that they coordinate their military and political actions with their brothers in the revolutionary ideology, which is the Palestinian Islamic jihad.

Under the leadership of Ziyad Nakhala, the Palestinian jihad is developing by leaps and bounds, the current organization has grown significantly in the political sense, and most importantly, the revolutionary party has a lot to grow. And only now the “veteran” of the Islamic political space of Palestine has gradually begun to realize its truly huge potential. It follows from the facts that the Palestinian Islamic Jihad has become a platform for all the revolutionary forces in the region and thus regained the title of the “main revolutionary” on the Palestinian land.

*Note. The statement about the presence of Kataeb Hezbollah in the ranks of the Palestinian Islamic jihad is a purely personal opinion of the author. I came to this conclusion after seeing joint photos of representatives of Saraya Al-Quds and members of al-Nujaba, during Ramadan 2020.