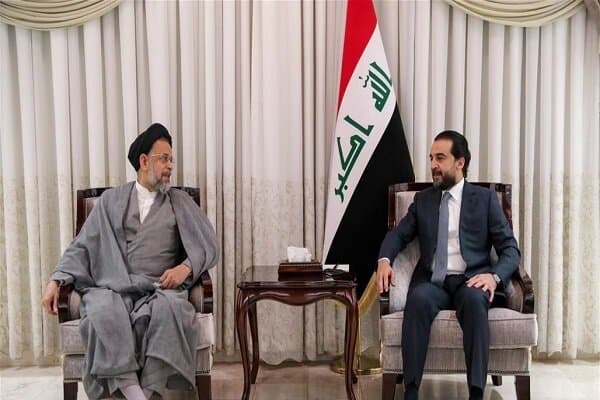 1- Baghdad:
– In conflict between security forces with ISIS terrorists in Taramiyah area, north of Baghdad, two security forces martyred.
– On July 17, fire in Muthanna military base was extinguished by the Iraq firefighters.
– On July 19, at least 15 people were injured and 36 were killed in a terrorist blast in the Baghdad’s Sadr City.

3- Dhi Qar:
On July 15, a logistical caravan of American occupiers was attacked in Naseriyah.

5- Nineveh:
– Nineveh Police Command arrested Abu Yusuf, entitled as security lion of ISIS. He is a leader of ISIS during the time ISIS was occupying Mosul.
– IED explosion en route Turkish army patrol near Baashiqah base, north of Mosul.

10- On 18 July, US drones attacked a Hashad Sha’abi vehicle at the border with Syria.

12- Murders of Hisham al-Hashimi, Iraqi researcher and reporter, arrested. One of them is an officer of Ministry of Sate.

14- Mustafa Al-Kadhimi will meet Joe Biden on July 26 in the White House.

15- Muqtada Sadr, leader of Sadr movement, said in a speech on July 15 that he doesn’t have any involvement on the current or future government.