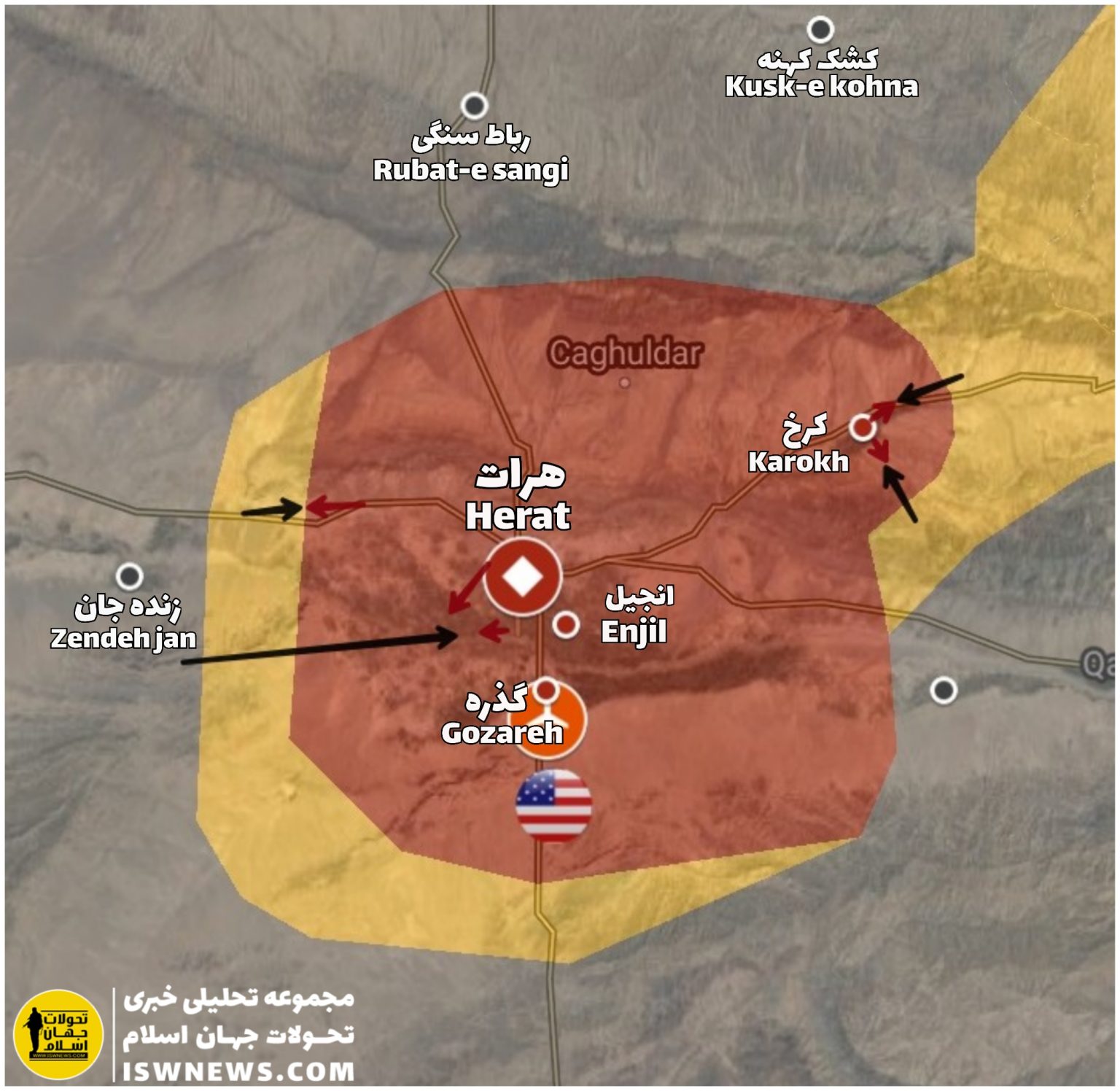 According to the latest news from the Herat clashes, the Taliban today attacked the positions of the government forces in the two axes of Karokh and Zande Jan, and the clashes continue heavily and without any change in the lines.

The Taliban advanced on the side road southwest of Herat to the Malan Bridge and captured the villages before it.
In Karokh district, government sources have also claimed to have repulsed a Taliban attack. Government forces, centered on militants affiliated with Mohammad Ismail Khan and the survivors of Mullah Abdul Manan Niazi, are stationed in Karokh and stand up to the Taliban.

Taliban attacks on these axes continue and there is a possibility of “Karخkh” and “Gozarah” falling again.