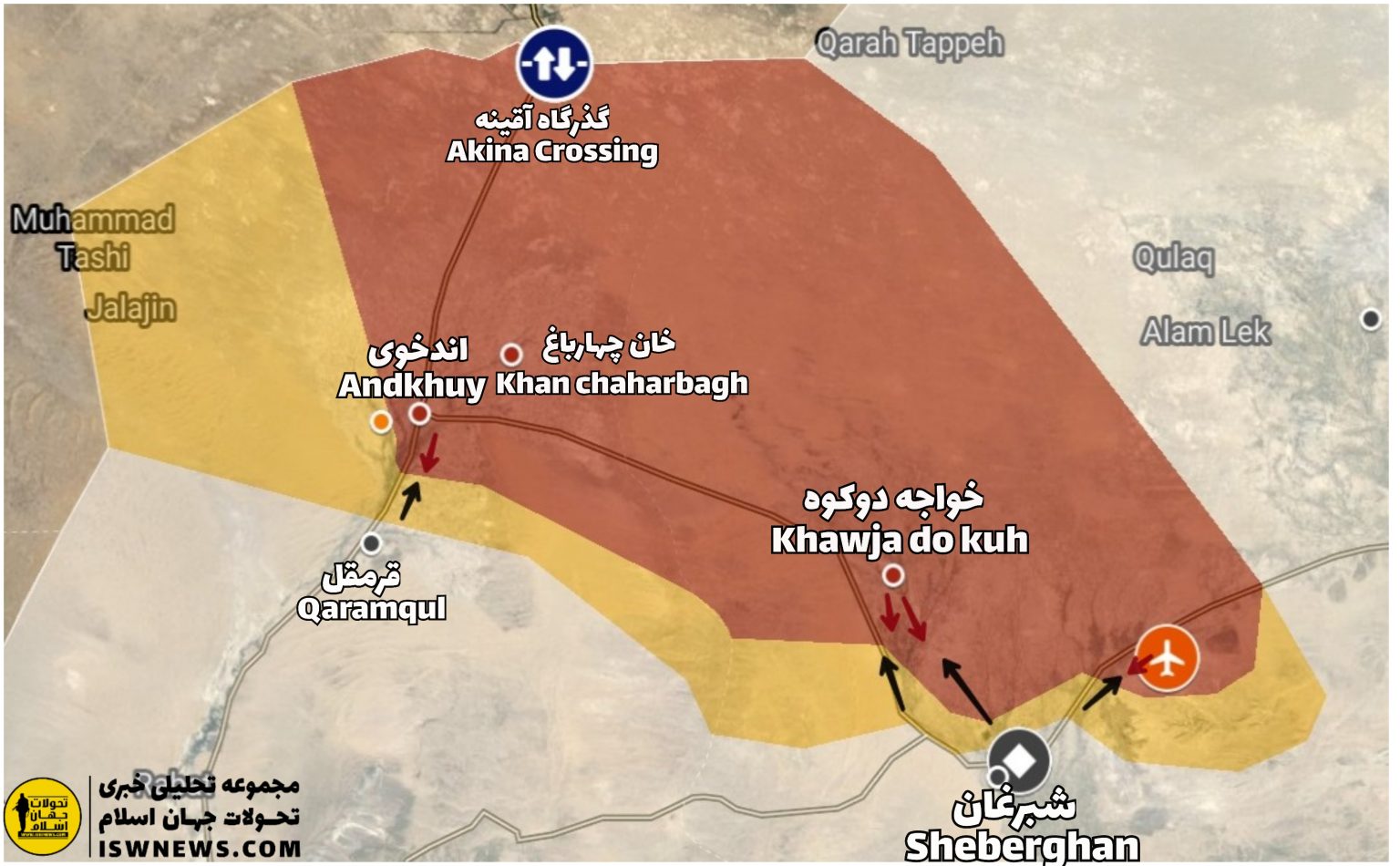 ISWNews Analysis Group: Following the Taliban heavy attacks on government positions, the group captured the city of Sheberghan, the capital of Jawzjan province.

According to Halimeh Sadaf, Jawzjan’s representative in the Afghan parliament, all government districts and places, including the governor’s office, the headquarters of the security forces, army checkpoints and General Dostum’s house in Sheberghan, have fallen to Taliban militants.

The Taliban attack started in the southern part of Sheberghan city on August 2, and in the last two days, the clashes reached the urban areas, and finally the governor’s headquarters and government areas were captured by the Taliban.

General Dostum and government forces have retreated to the Lawa base north of Sheberghan and are moving to Mazar-e-Sharif. In this regard, General Dostum, who recently returned to Afghanistan from Turkey, met with Ashraf Ghani and called for a declaration of martial law in Afghanistan and an immediate meeting of political leaders.

According to a spokesman for the National Islamic Movement Party (under the command of General Abdul Rashid Dostum), he explained the security plan in northern Afghanistan to Ashraf Ghani and asked him to trust him. No information has been released about the nature and details of General Dostum’s plan so far, but there is a possibility that foreign countries will participate in the implementation of his security plan.