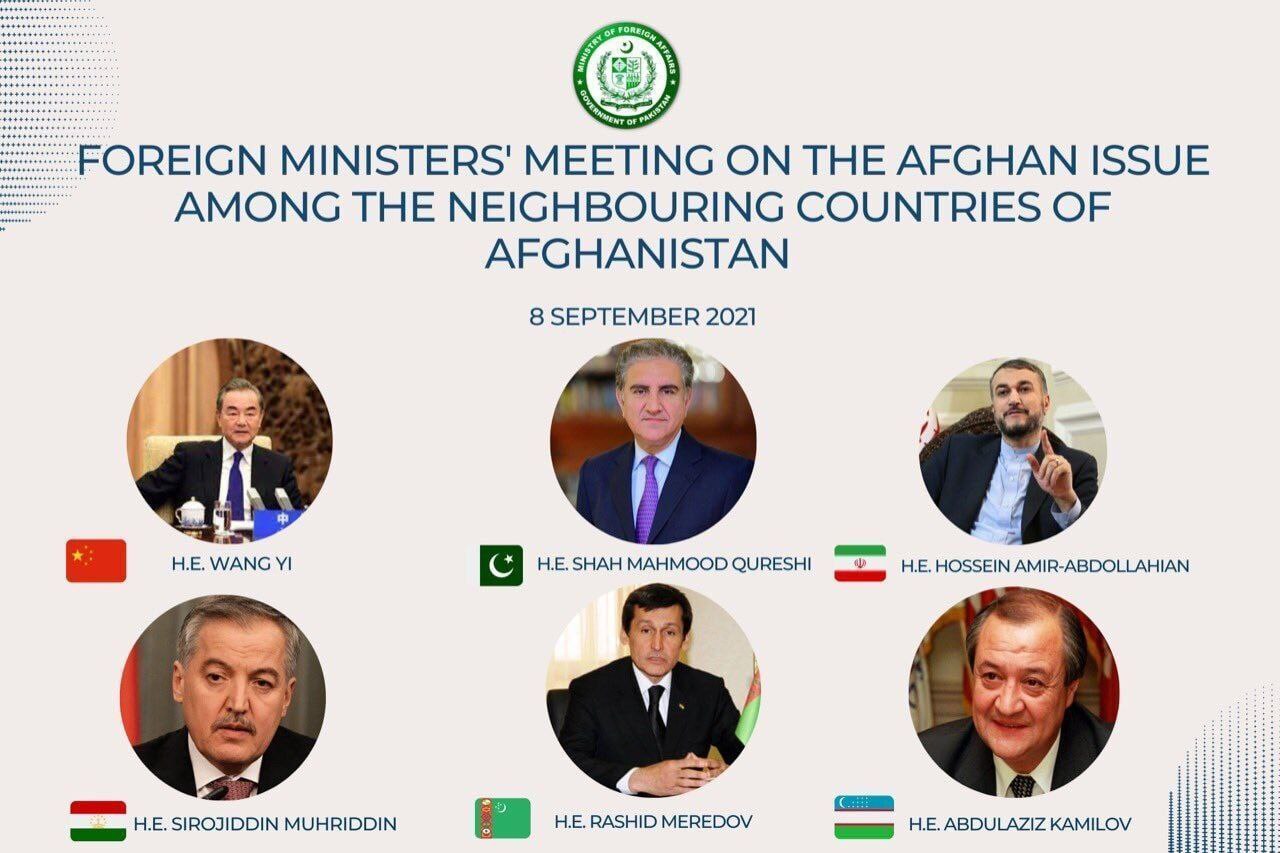 ISWNews Analysis Group: The virtual meeting of the foreign ministers of Afghanistan’s six neighboring countries ended with an emphasis on the role of the people in the country’s future.

1- Statement of the Virtual Meeting of the Foreign Ministers of the six neighboring countries of Afghanistan:
After the complete withdrawal of foreign troops from Afghanistan, the people of Afghanistan must determine their future.
It has also been agreed that these meetings will continue in rotation and the next meeting will be held in Tehran.

2- The meeting of the heads and representatives of the intelligence agencies of Russia, China, Iran, Pakistan and some Central Asian countries on the security issues of Afghanistan has been held in Islamabad, the capital of Pakistan.

5- Russia announced its non-participation in the announcement ceremony of the Taliban government.

6- Clashes between Taliban militants and Pakistani forces at the Spin Boldak border crossing in Kandahar province resulted in the wounding of a number of forces on both sides.