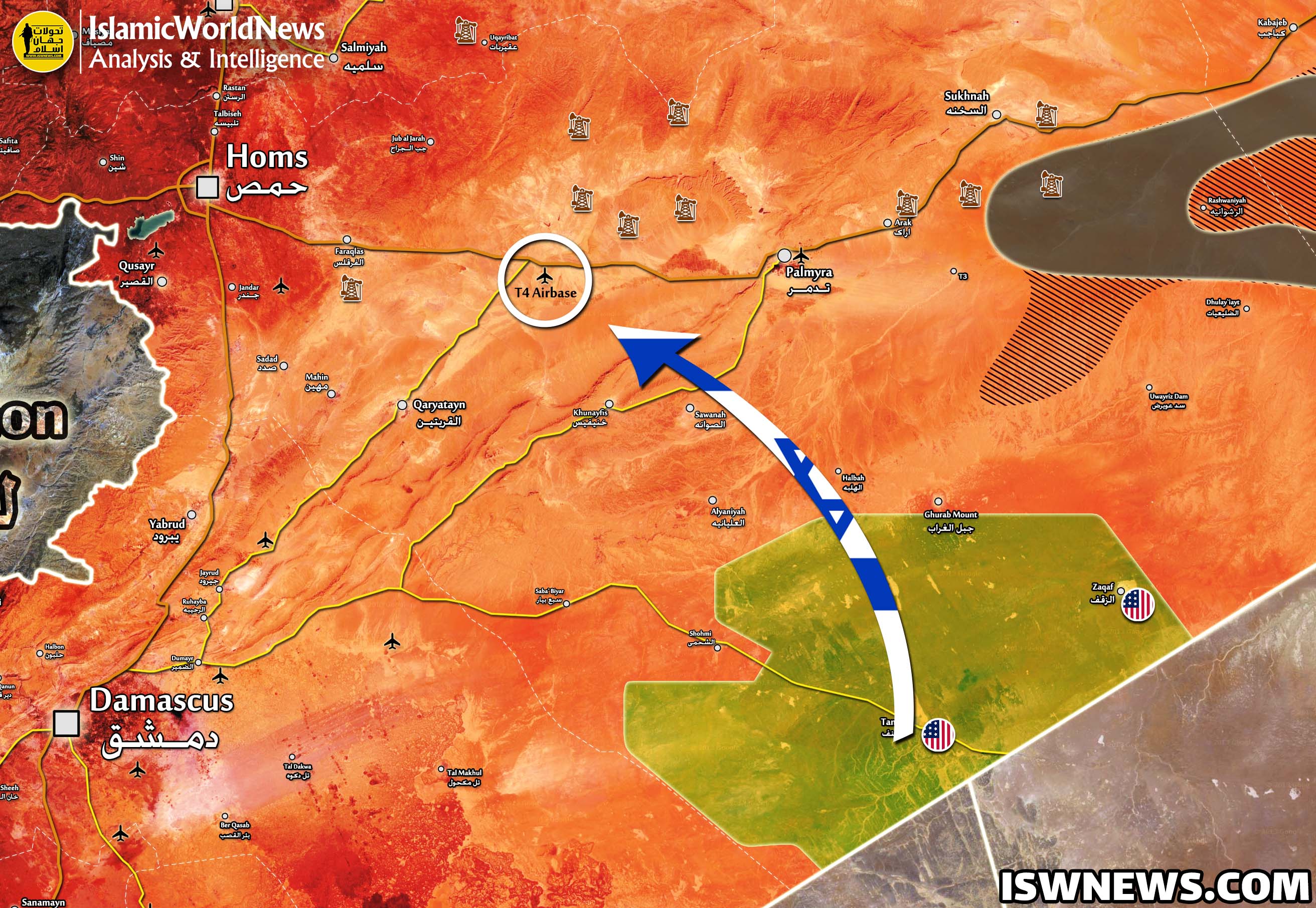 According to a Syrian military source, at around 21:33 local time, Israeli fighter jets fired several missiles at the T4 military airport, using US-occupied airspace in the al-Tanf area. Preliminary information indicates that most of the missiles were intercepted and destroyed. The attack injured six Syrian soldiers and caused material damage.