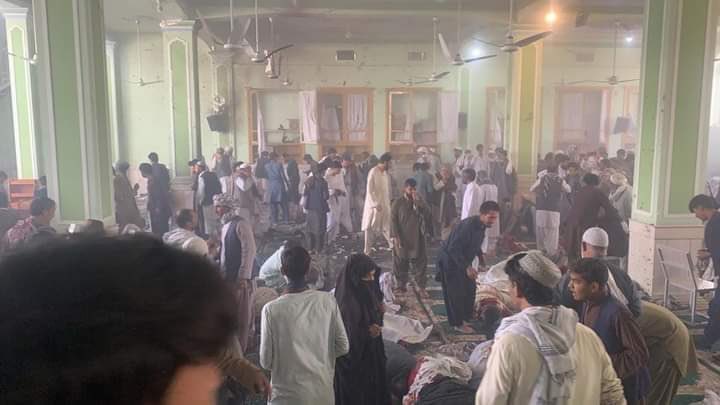 ISWNews Analysis Group: At least 40 worshipers were martyred and more than 60 were wounded in a terrorist attack to the Fatemiyah Grand Mosque in Kandahar city.

According to local sources, the attack was carried out by several suicide bombers at the Fatemiyah Grand Mosque (Imam Bargah mosque) in the first district of Kandahar city during Friday prayers.

There are conflicting reports about the details and number of perpetrators of this terrorist attack. Some witnesses put the number of suicide bombers at three. It is also said that the attackers, after entering the mosque, first shot the worshipers and then carried out a suicide operation near the altar of the mosque.

Taliban spokesman Zabihullah Mujahid sent a message of condolences to the families of the victims and condemned the blast at a Shiite mosque in Kandahar. He said the perpetrators would soon be arrested and prosecuted by the Taliban.