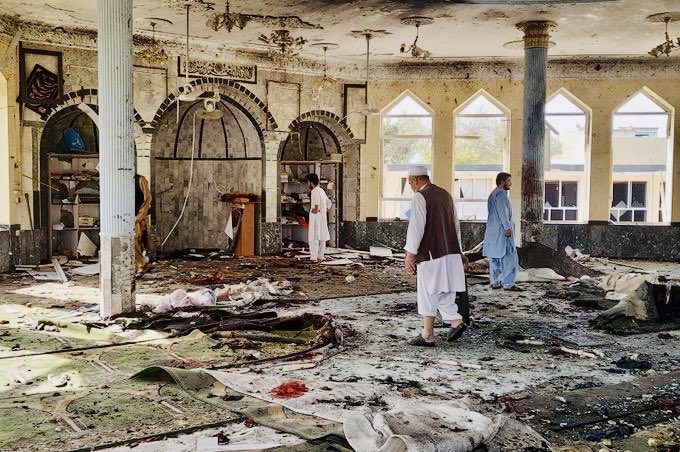 ISWNews Analysis Group: More than 150 civilians were martyred and 200 others were wounded in a terrorist blast at a mosque in the Seyedabad area on the outskirts of Kunduz city.

The ISIS terrorist group claimed responsibility for the terrorist attack by publishing a statement and a picture of its suicide bomber, Mohammad al-Uighuri. In the statement, ISIS stated that 300 people were killed in the attack.

The blast tore through a crowded mosque in the city of Kunduz during Friday noon prayers, the highlight of the Muslim religious week. It was the latest in a series of ISIS bombings and shootings that have targeted Afghanistan’s new Taliban rulers, as well as religious institutions and minority Shiites since U.S. and NATO troops left in August.

Earlier, on Wednesday, 6 October, an explosion in Afghanistan’s Khost city killed seven and wounded 15 others, reported Sputnik citing a source in security forces. The explosions across the country are coming at a time when Afghanistan is dealing with a socio-economic crisis amid Taliban rule after the group marched into the capital on August 15.