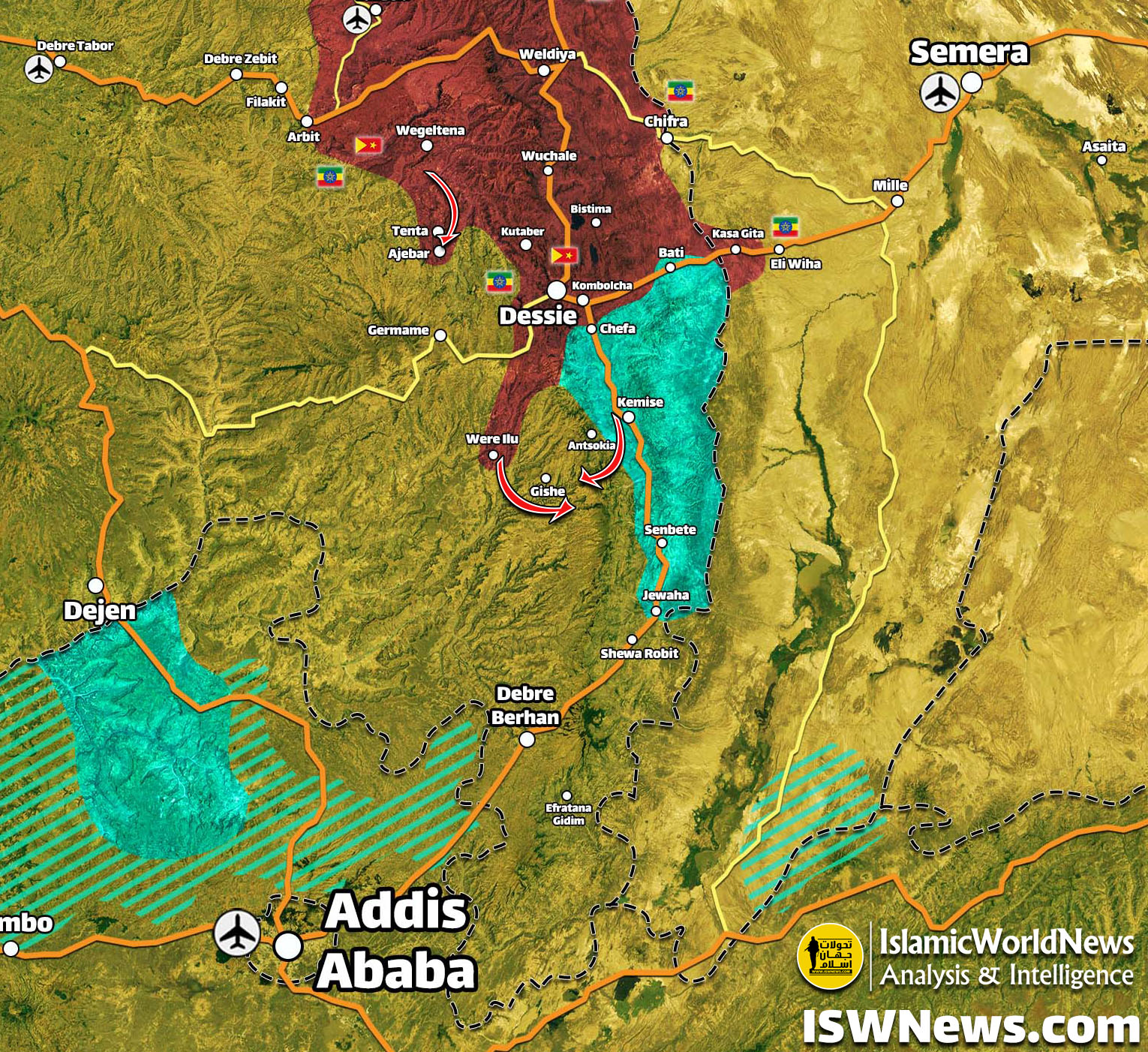 ISWNews Analysis Group: Anti-government groups are forming an alliance to overthrow Abiy Ahmed’s government and to push for a political transition in Ethiopia.

The villages of Tenta and Ajebar, west of Dessie, have also came under the control of TDF after several days of fighting.

On the other hand, the presence of TDF units in the Efratana Gidim area in the southern depths of the Amhara and clashes with local pro-federal forces have been reported.

As the conflict escalates, the federal government has also increased airstrikes against opposition-controlled areas. In the latest of these attacks, the Kemise and Chafa Robit areas in Amhara state have been targeted. More than 30 people are said to have been killed and wounded in an airstrike in the Chafa Robit area. A Tigray military camp was also targeted in the Ady Hagrai area of ​​Tigray state.

On the political front, anti-government factions announced the formation of a new alliance of at least nine groups. The main purpose of creating this alliance is to confront Abiy Ahmed and to overthrow the current federal government and to provide a condition for a safe transition. The alliance is called the “United Front of Ethiopian Federalist Forces” and includes groups such as Tigrayan People’s Liberation Front (TPLF), Oromo Liberation Army (OLA), Afar Revolutionary Democratic Unity Front (ARDUF), Somali State Resistance, Gambella Peoples Liberation Army (GPLA), Agaw Democratic Movement (ADM).

The announcement of the new alliance by anit-government groups comes as thousands of people rallied in support of the federal government this morning in Dukem, near the Ethiopian capital Addis Ababa. The Ethiopian government has declared a state of emergency in recent days following the advance of opposition groups to Addis Ababa, urging anyone who can fight to take up arms and resist anti-government militants. After this request, many areas responded positively to Abiy Ahmed’s request and stood by the government.