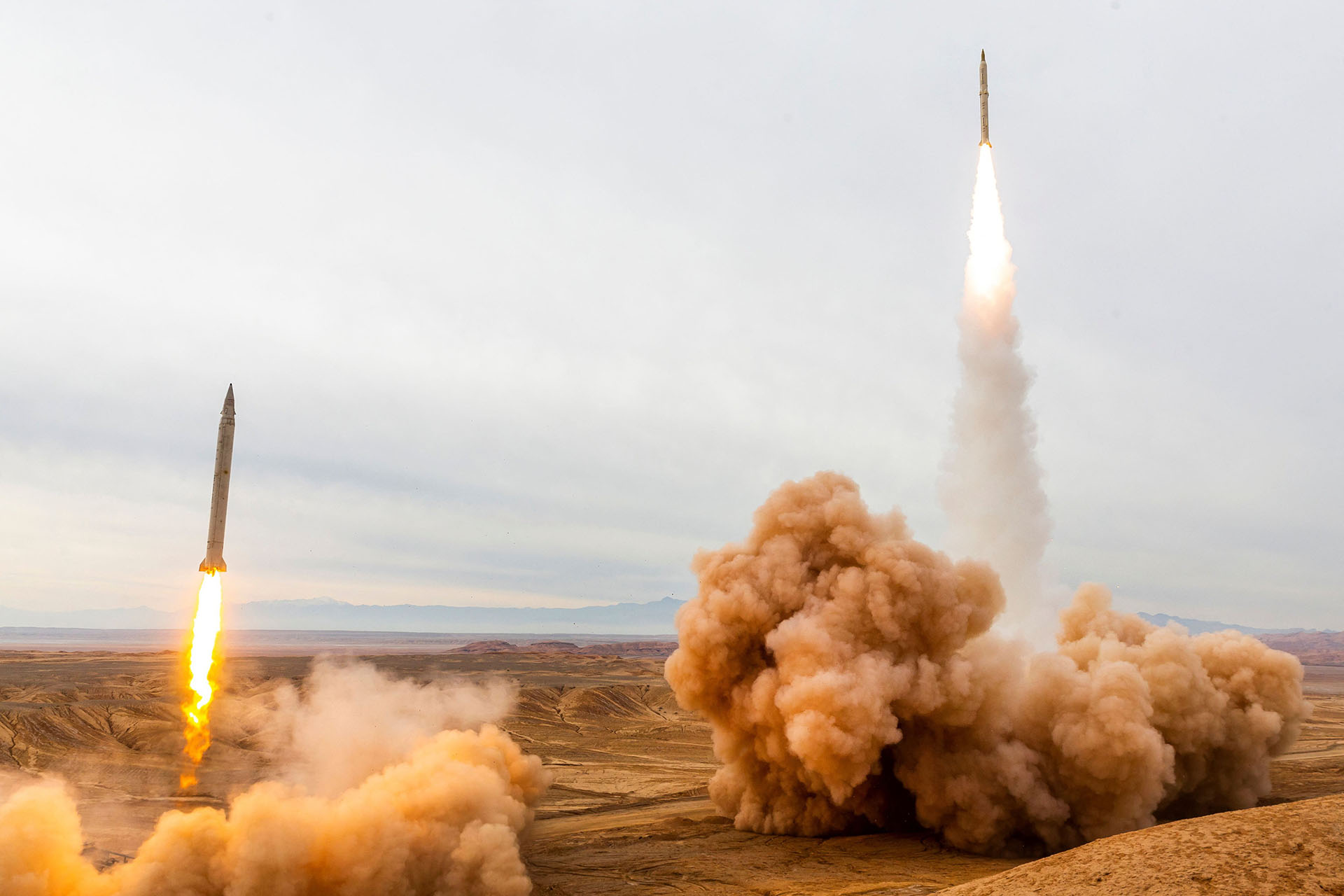 On December 20, Iran’s IRGC launched ‘Great Prophet 17’ exercise in five days in the southern region of the country in Bushehr, Hormozgan, Khuzestan provinces, waters of the Persian Gulf and the Strait of Hormuz.

According to General Abbas Nilforooshan, Deputy Chief of operations of the Islamic Revolutionary Guard Corps and spokesman of the IRGC Great Prophet 17 exercise, this exercise was carried out in order to increase the level of combat readiness of the IRGC and based on the simulation of one of the most advanced offensive plans in combined wars and various war conditions.

In general, during the five days, the IRGC’s ground, naval and aerospace forces carried out various stages of naval, land, drone and missile exercises.

On the second day of the exercise, missile units from the coast and Zulfiqar-class speedboats in the sea simultaneously firing five anti-ship cruise missiles destroyed predetermined targets.

It should be noted that the advanced Karrar tank (upgraded T72M) was delivered to the IRGC ground forces and was used for the first time in this exercise.

One of the highlights of the operation was the use of a replica of Israel’s Dimona nuclear power plant. The move was in response to recent Israeli threats against Iran. Israel has threatened Iran in recent months to bomb Iran’s nuclear facilities.

General Mohammad Bagheri, Chief of General Staff of the Armed Forces, said: “When 16 missiles hit a target, it is a small part of hundreds of missiles that can simultaneously target enemy country (Israel) that intends to fight and attack the Islamic Republic of Iran. The Islamic Republic of Iran does not accept these threats and is currently negotiating with countries to advance the country’s goals and will not tolerate such threats.”

Brigadier General Amir Ali Hajizadeh, commander of the IRGC Aerospace Force, said: “It is very difficult to hit ballistic missiles for defense systems and they can hit a small percentage of the missiles, So the hundreds of billions of dollars spent by our enemies are gone and became zero. We have been able to direct ballistic missiles to move and maneuver in different directions, and this phenomenon makes the intercept for the enemy very difficult.”