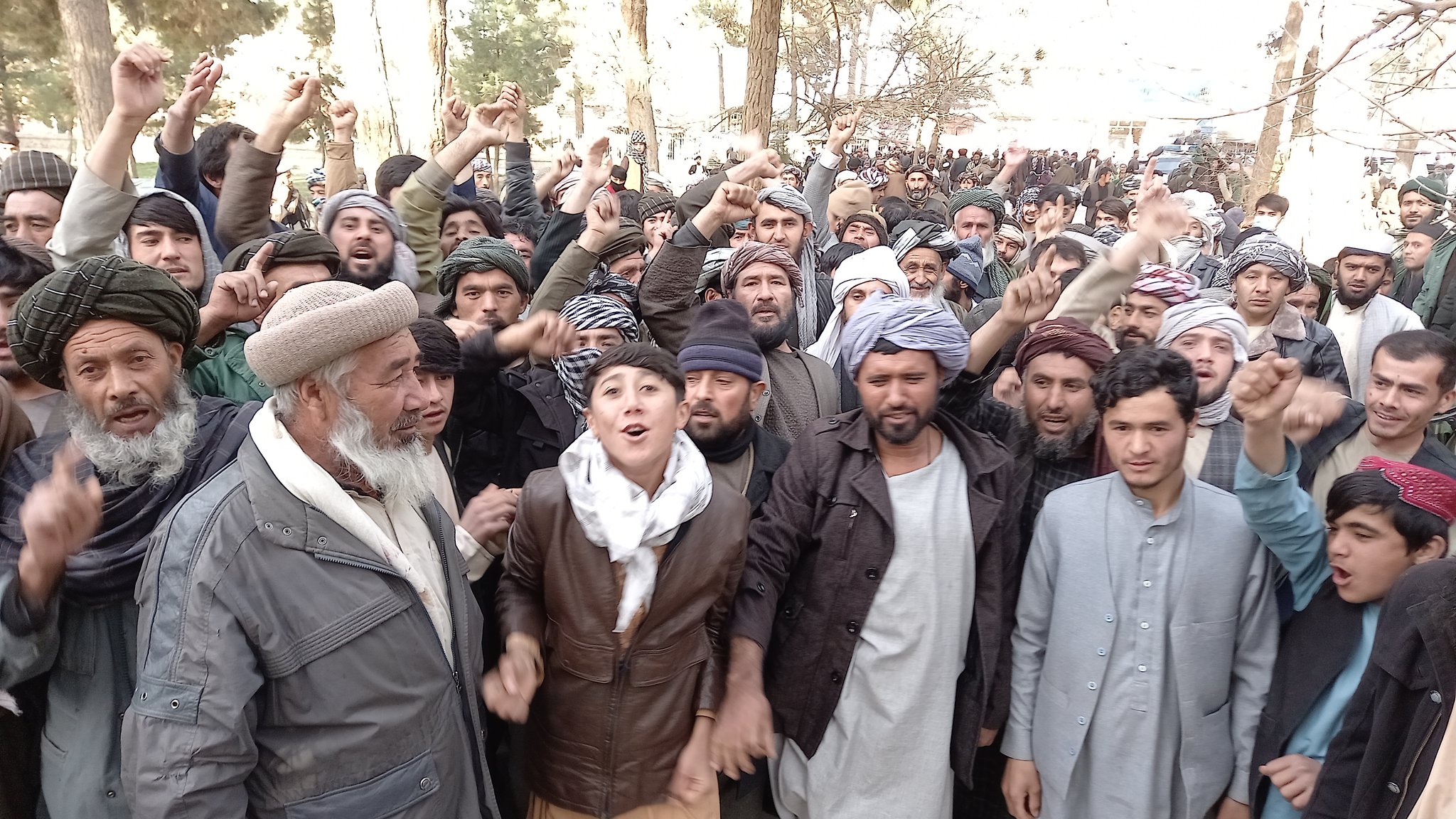 On Wednesday, January 12, Makhdoom Alam, the senior Uzbek commander of Taliban, was arrested in Mazar-e-Sharif on the orders of Mullah Fazel, the Taliban’s deputy defense minister. Following this action, the supporters of “Makhdoom Alam” gathered in the city of Maimana in protest and surrounded the security command building in Faryab province and demanded his release. Security officials in Faryab province also declared martial law in the city of Maimana and warned pro-Makhdoom militants.

As popular protests escalated, Turk oglu, Makhdoom Alam’s deputy, threatened that if the Taliban did not release Mulavi Alam, the Taliban flag would be lowered permanently from the Faryab security command building.

Mulavi “Makhdoom Alam” is the head of the Taliban military commission in Faryab, Jawzjan and Sar-e-Pul provinces and played a key role in the fall of the previous government in northern Afghanistan. His arrest is the first by the Taliban against their Uzbek commanders, and the continuation of such actions will seriously weaken the Taliban’s popular body.