Terrorist explosion, this time in a Sunni mosque in Kunduz province + Video 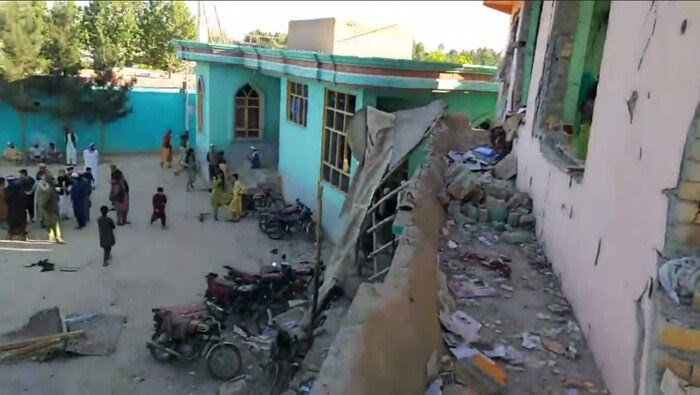 ISWNews Analysis Group: More than 70 civilians were killed and wounded in a terrorist attack on a mosque in the district of Imam Sahib in northern Kunduz province.

33 civilians were martyred and 43 others were injured in a suicide attack on the Khanqah Molawi Iskandar Mosque in the Chenar Seyed Jalal neighborhood of Imam Sahib district.

According to local sources, the suicide bomber blew himself up when religious scholars of the Khanqah Molawi Iskandar and a number of locals, mostly Uzbeks were praying in the mosque.

This is the fifth terrorist attack in recent days against civilian places and people in Kabul, Mazar-e-Sharif and Kunduz. More than 30 civilians were martyred and wounded yesterday, April 21, when a magnetic bomb planted in a van exploded at a wheat distribution point for the needy in the Sar-e-Dor Shahr neighborhood of Kunduz.

A Taliban spokesman condemned the attacks and said Taliban is trying to arrest the perpetrators. So far, no group has claimed responsibility for the terrorist attacks in Kunduz, but it is possible that today’s attacks in Imam Sahib were carried out by members of the ISIS terrorist group.