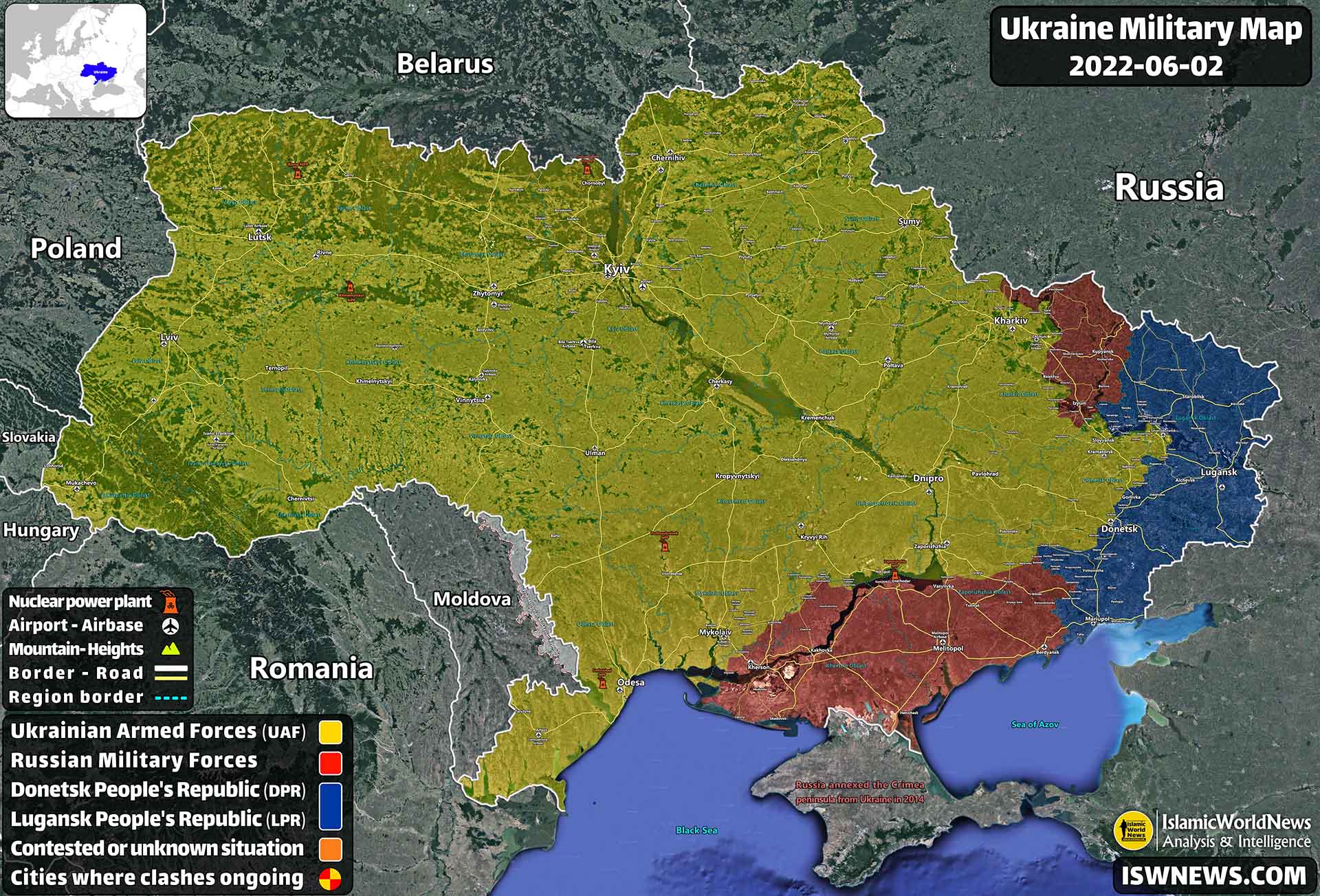 Clashes have escalated in southern Ukraine over the past week on the Kherson and Mykolaiv borders, and some fronts have changed.

At the borders of the Kherson and Mykolaiv oblasts, Ukrainian troops have repeatedly attacked the Snihurivka area, but Russian forces have been able to repel the attacks. Interactive Map: Click here

In the Davydiv Brid area, according to Ukrainian sources, Ukrainian forces crossed the Inhulets River to take control of the villages of Bilohirka and Andriivka. Clashes in the area between Russian and Ukrainian forces continue. Interactive Map: Click here

In eastern Ukraine, on the Kharkiv axis, Russian troops captured a number of villages. In fact, Russian forces entered a number of villages from which they had retreated last month. Hence, the villages of TTernova, Peremoha, Shestakove, Fedorivka in northeast of Kharkiv, were recaptured by Russian forces. With the progress made, the Staryi Saltiv is under siege from three directions And if pressure continues, AFU forces may withdraw from the area. Interactive Map: Click here

The other three important fronts in eastern Ukraine are the Severodonetsk, Izyum and Popasnaya fronts, which complement each other. On the Severodonetsk axis, Russian troops have taken control of most of the city of Severodonetsk, and mop-up operation continues in the western part of the city. Interactive Map: Click here
On the Izyum axis, Russian military forces have taken control of the important town of Lyman in recent days. Interactive Map: Click here
On the Popasnaya axis, clashes continue sporadically. The Russian army and its allies have been able to expand the lines along this axis, advancing north, west and south of Popasnaya, but progress has been slow. Interactive Map: Click here
There have been no significant changes on other fronts in southeastern Ukraine, and sporadic clashes continue along the front lines.

In general, Russia’s progress in eastern and southern Ukraine is slow, but the Russian army has the upper hand. Due to the urban conflict and the use of a huge amount of artillery and bombardment, the casualties on both sides are very high. So much so that Ukrainian President Volodymyr Zelenskyy has also admitted this. According to him, about 100 members of the Ukrainian army are killed daily on the eastern fronts and the number of wounded reaches 500 per day. These casualties are also on the opposite side, Russia, but given the superiority of the Russian army fire on this axis, the casualties of the Russians are logically less than the Ukrainian army.