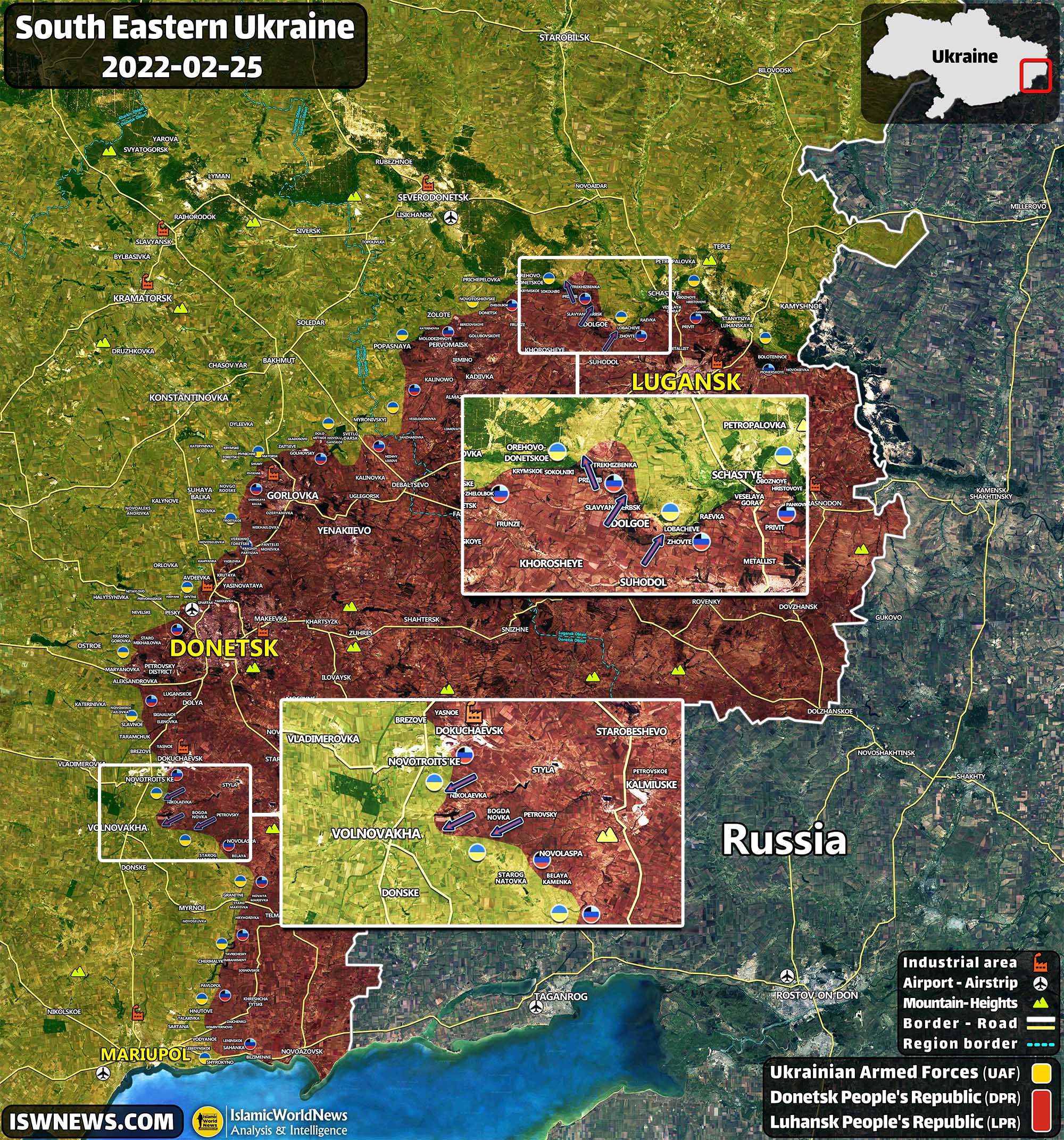 According to the latest news from the Donbas front, the DPR forces have advanced on the Volnovakha front in south of Donetsk. The LPR forces also captured the village of Trekhizbenka in north of Luhansk.

The Ukrainian army has fired several Tochka missiles at Donetsk city since this morning. Russian media have not released details of the possible casualties.

Despite heavy fighting on the Donbas fronts, the military map is almost like the previous day and the DPR and LPR advances have been minor.

According to Russian officials, one of the goals of the Russian military operation in Ukraine is to revive the 2014 borders in the Luhansk and Donetsk regions.

Read more: What is happening in Ukraine? What is the story of the Russian military invasion of Ukraine?