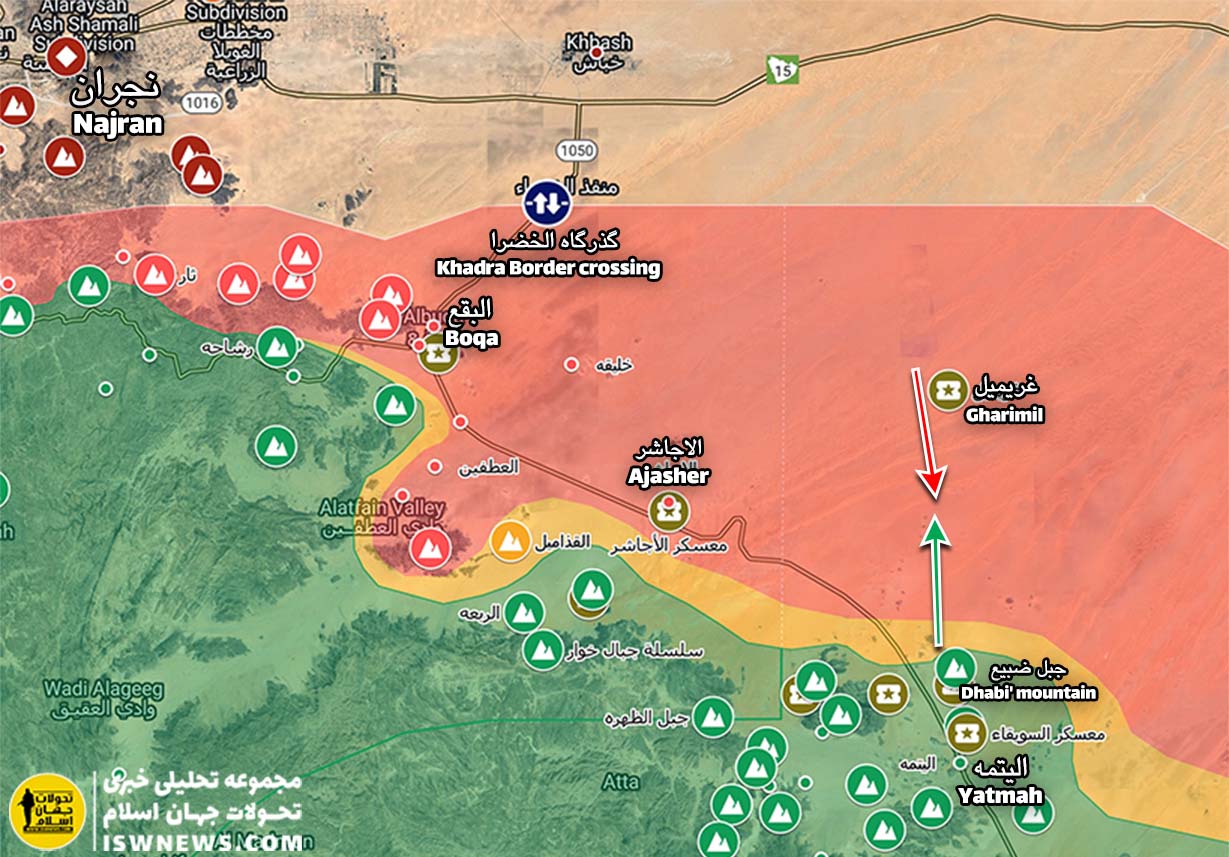 ISWNews Analysis Group: Ansar Allah attack in the northern part of al-Jawf province led to the liberation of Dhabi’ mountain from the control of the Saudi-led forces.

1- Al-Jawf:
Ansar Allah liberated Dhabi’ mountain in the north of al-Jawf province from the control of the Saudi-led forces. Currently, clashes are taking place in the Gharimil area and on the outskirts of Ajasher camp in the Saada province.

2- Hajjah:
– Clashes between Ansar Allah and Saudi-led forces continued on the Haradh, Hayran and Midi fronts.
– A civilian was martyred by the Saudi coalition drone attack on a car on the Shafar road.

3- Saada:
One person was martyred and one was wounded as a result of the Saudi coalition artillery attacks on the Shada and Munbah districts.

5- Al-Hudaydah:
The Saudi-led forces violated the ceasefire 216 times in the past 48 hours.