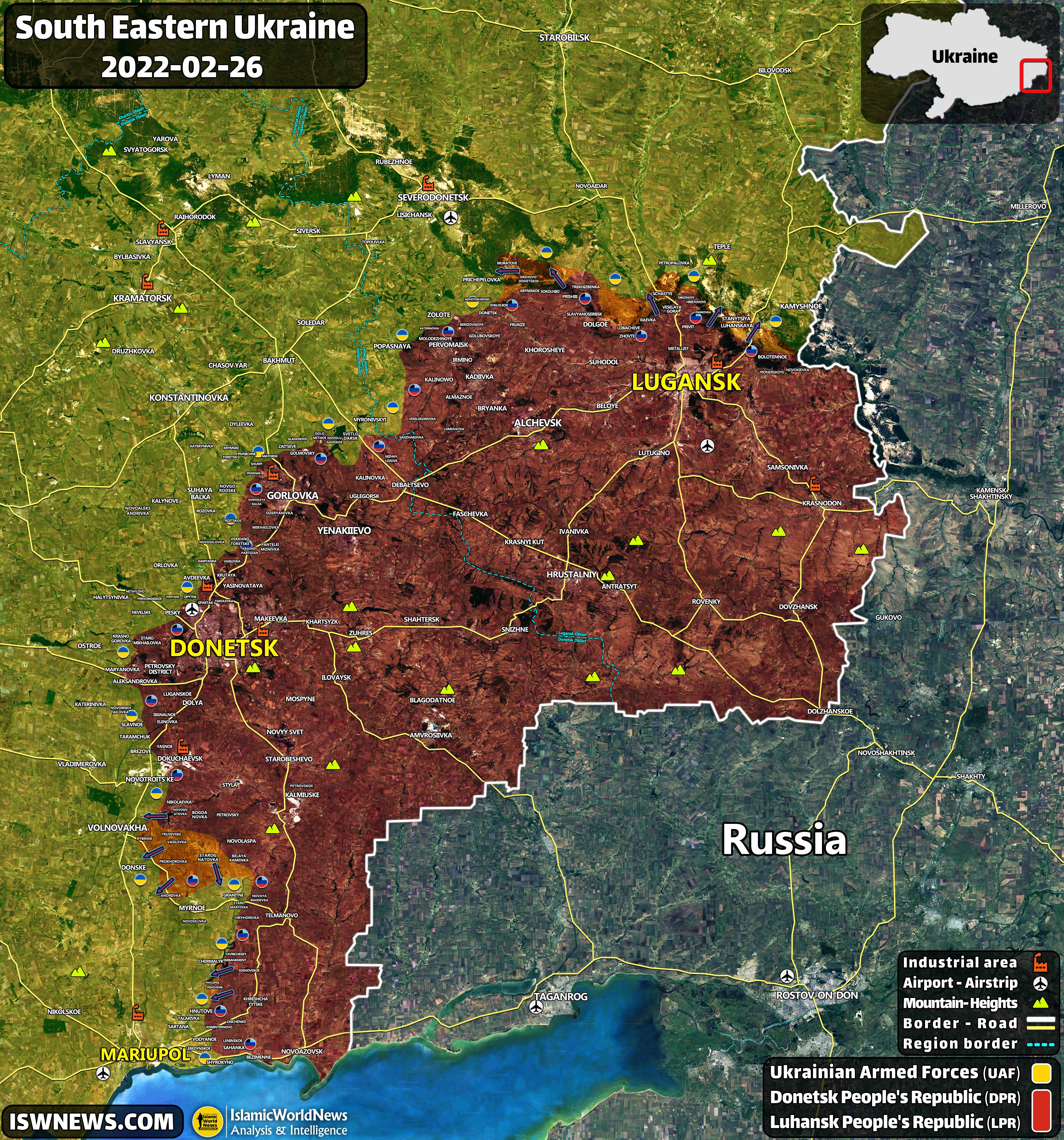 According to the latest news from the Donbass front, the Donetsk People’s Republic (DPR) forces have taken control of the villages of Oktyabrskaya, Trudovskoye, Vsilevka, Andriivka, Prokhorovka, Rybinsk, Chicherino, Pavlopol and Pishchevik.

On this axis, DPR forces are trying to cut off the north road of Mariupol. Currently, clashes continue along the entire northern Mariupol road. Today, news of the capture of the city of Mariupol by the DPR and Russian forces was published, which is not true at this time. Heavy clashes continue on the outskirts of Mariupol.

On the Luhansk axis, the Luhansk People’s Republic (LPR) forces took control of Schastie, Muratovo and Stanitsa Luhanskaya on the northern front of Luhansk.

Read more:
Latest military situation in Eastern Ukraine, 25 February 2022 (Map Update)
What is happening in Ukraine? What is the story of the Russian military invasion of Ukraine?