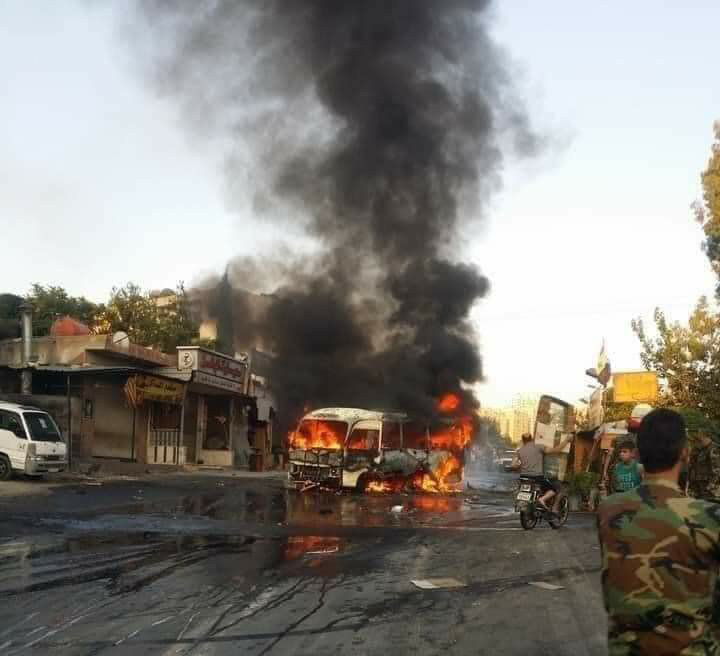 ISWNews Analysis Group: 18 Syrian soldiers were killed and 27 others were wounded as a result of a terrorist explosion on the way of a Syrian Army bus in west of Damascus.

On Thursday morning, a Syrian Army bus was hit by a roadside bomb in Al-Sabourah area, west of Damascus city, and as a result of this explosion, 18 Syrian soldiers were killed and 27 others were wounded.

So far, no group has claimed responsibility for this explosion, but considering similar terrorist incidents in recent months, this action was carried out by elements and secret cells of terrorist groups in Damascus province.

The Syrian authorities have not yet commented on this explosion.

This incident is considered as one of the deadliest bombing attacks against the Syrian army. Over the past years, a large number of Syrian army forces and civilians have lost their lives as a result of these attacks.

In March 2022, in a similar attack, a Syrian Army bus was attacked by unknown armed men in Palmyra desert and 13 Syrian soldiers were martyred and more than 18 people were injured.