Tahrir al-Sham’s complete control over the city of Afrin! 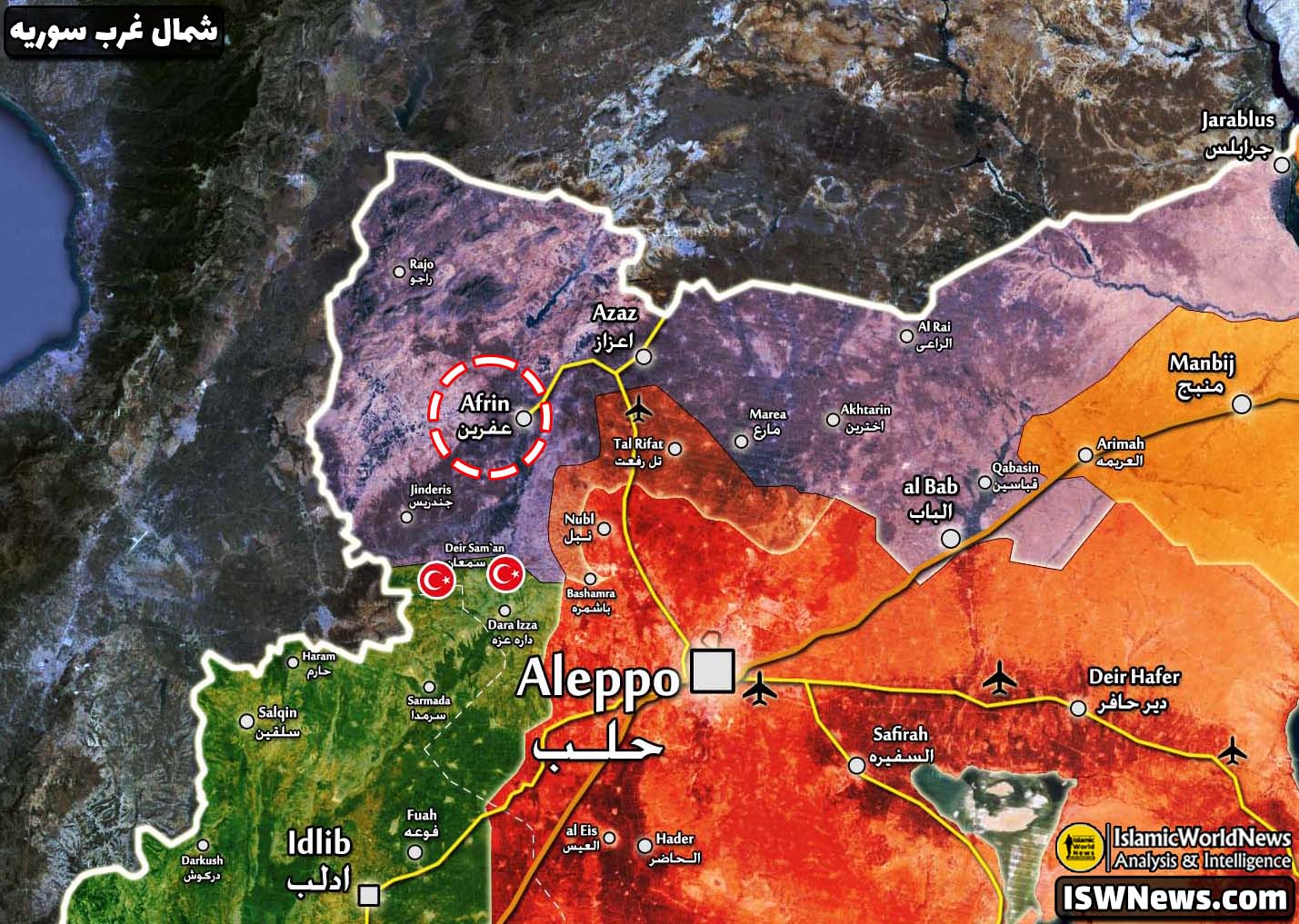 ISWNews Analysis Group: Following the operations of the Hayat Tahrir al-Sham, Sultan Suleiman Shah Division and Hamza Division in northwestern Syria, the city of Afrin was captured by Tahrir al-Sham.

After the advance of Tahrir al-Sham, Sultan Suleiman Shah Division and Hamza Division in the suburbs of Afrin and taking control of the Basouta region and the villages south of this city, local sources announced the complete control of Tahrir al-Sham militants over the city of Afrin. This caused a great panic in the streets of Afrin, which is filled with tens of thousands of civilians.

The operations of Tahrir al-Sham militants and its allies in other fronts of Afrin have also been successful. The militants of Sultan Suleiman Shah Division took control of the town of “Maabatli” located in the western outskirts of Afrin after the retreat of Al-Faylaq al-Thalith militants. In the continuation of the operation, the Tahrir al-Sham militants, using the principle of surprise and the gap in the defense line in the Tal Salur area, after several hours of fighting and exchanging fire with the militants of the Liberation and Construction Movement, controlled the city of Jandires, the villages around this city and They took over the strategic crossing of Al-Hammam.

It is worth mentioning that these clashes started after the arrest of two of the commanders of the Al-Hamza Division by the Al-Jabhaha al-Shamiya militants, due to their involvement in the assassination of a media activist.