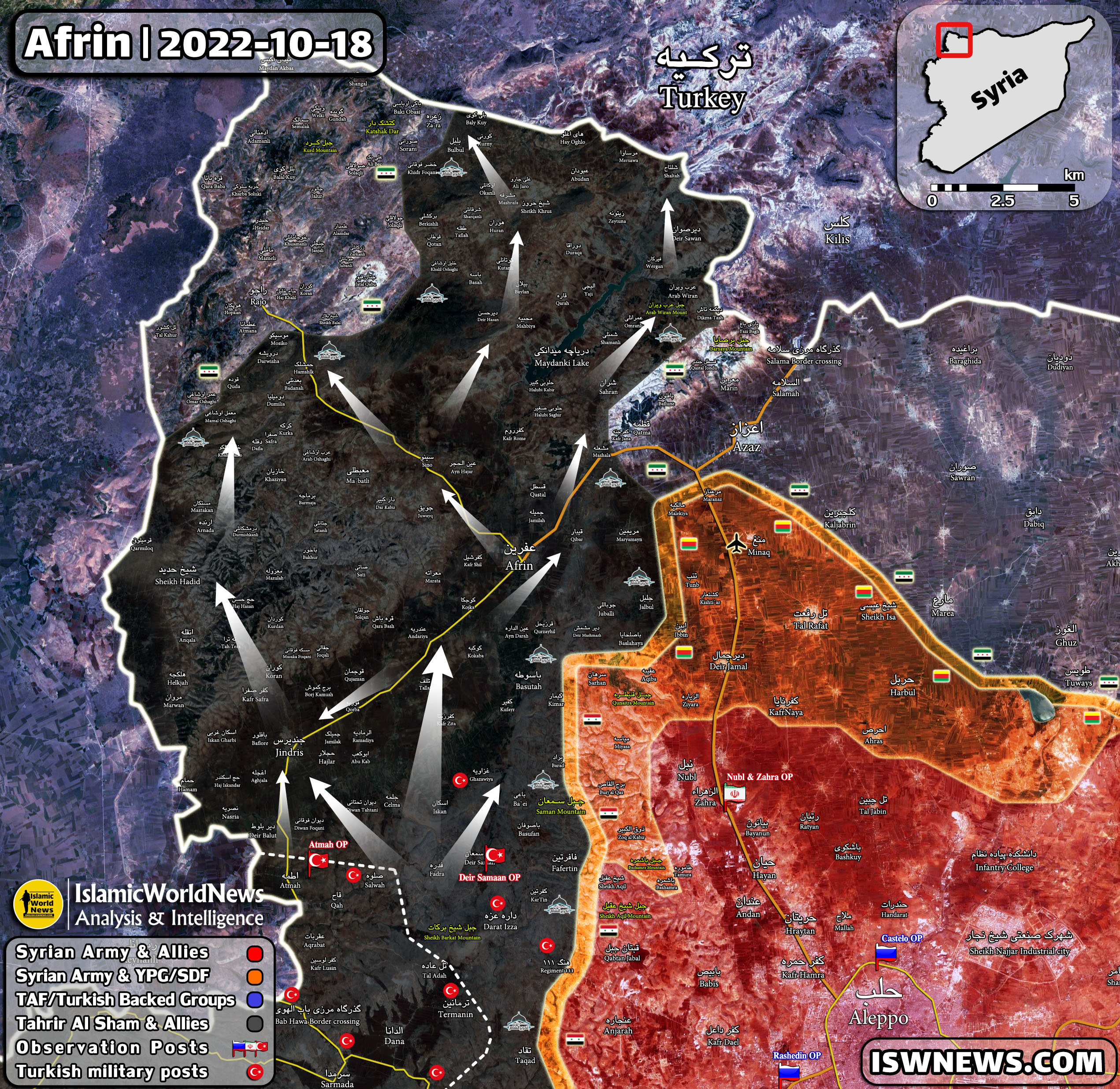 ISWNews Analysis Group: After a day of ceasefire between Tahrir al-Sham and Syrian National Army (Jaish al-Watani) militants, clashes between these groups resumed in the north of Aleppo and several areas were captured by Tahrir al-Sham militants.

On the 17th of October, the ceasefire agreement between the Hayat Tahrir al-Sham and the Turkish-backed Syrian National Army (SNA-TFSA) was completely violated and clashes started between the parties. During these clashes, Tahrir al-Sham militants managed to seize several positions of SNA and control the areas of Maryamayn, Innab, Baslahay, Jalbul, Shawarighat al Jowz, Kafr Maz and Marasat Khatib. In addition to these areas, Tahrir Al-Sham also captured the two villages of Kafr Janah and Qatmah.

But some time later, after the mediation of Turkey, the forces of Tahrir al-Sham withdrew from Kafr Janah and Qatmah, and the SNA forces were stationed in these two settlements.

The Tahrir al-Sham control over these areas greatly increases the pressure on the city of Azaz from the west, and this issue can ultimately cause the fall of this city.

On the other hand, Ahrar al-Sham militants also attacked the SNA militants in Baragheetha, Al-Tawaqli and Soran axes located in the east of Azaz. So far, no progress has been made in these areas.

Currently, most of the Afrin region is under the control of Tahrir al-Sham. It is also reported from the city of Afrin that the security forces of Tahrir al-Sham have launched a new campaign to arrest their opponents in this city.