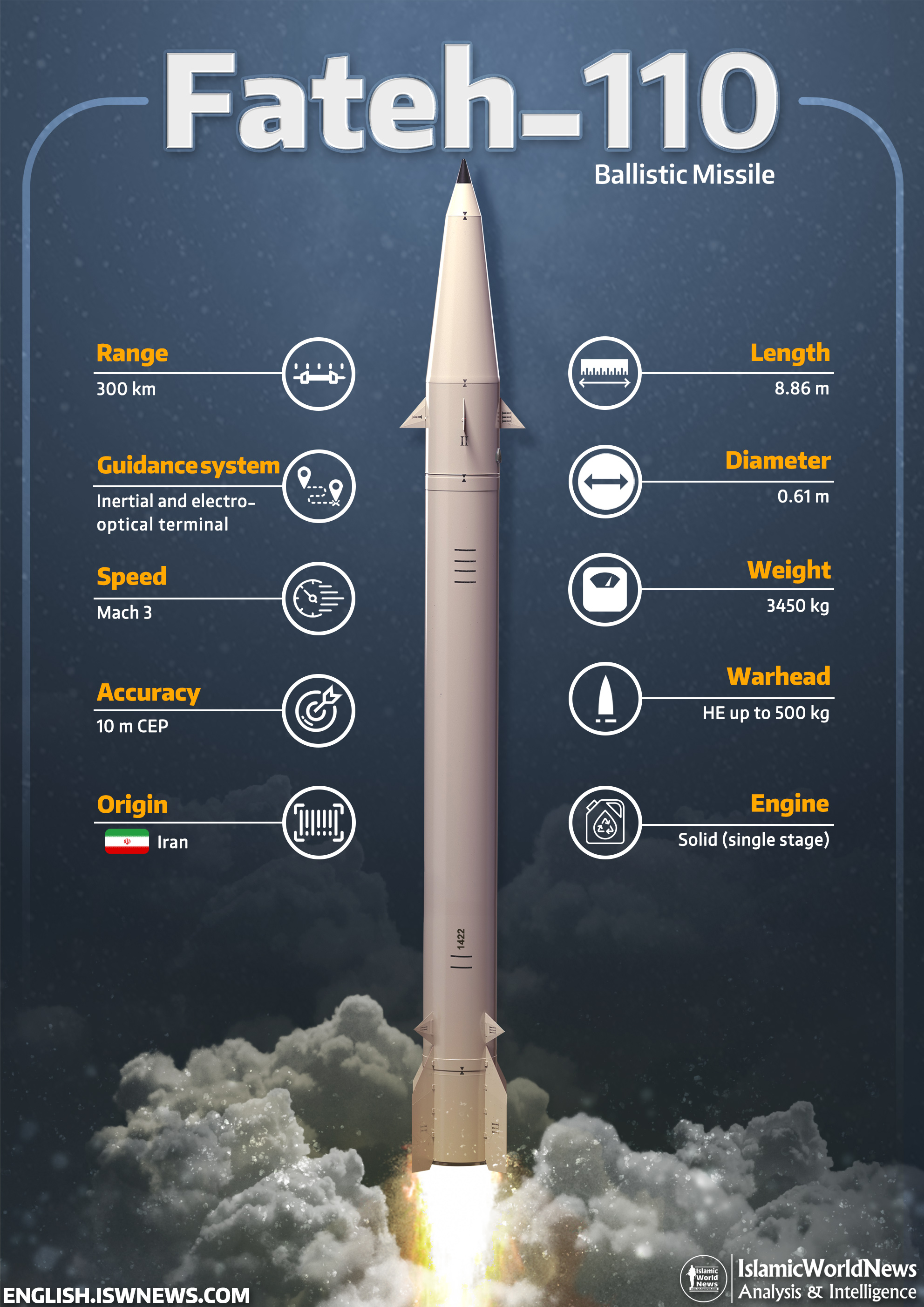 Fateh 110 missile is produced by the Aerospace Industries Organization (AIO), a subsidiary of Iran’s Ministry of Defense and Armed Forces Logistics. According to the available information, the first tests of this missile were carried out in 2002. Fateh-110 is one of the most popular types of missiles produced by Iran’s military industrial.

Fateh-110 missile should be considered as Iran’s first important step in designing a solid fueled ballistic missile. The ignition mechanism of Fateh-110 is single-stage and uses solid fuel.

Fateh-110 ballistic missile is able to target and destroy land and sea targets, enemy gathering points, command centers, ammunition depots, radars and other targets with high accuracy. The error rate of Fateh-110 missile is estimated to be less than 10 meters.

Fateh-110 missile has high agility due to its light weight and small dimensions, and like other missiles of the Fateh family, it can be installed and launched on a mobile chassis. This increases its survivability on the battlefield.

The effective range of this missile is 300 km and its final range is estimated between 400 and 550 km.

One of the most famous operations of Fateh-110 is the attack on the headquarters of the terrorist group of the Democratic Party of Iranian Kurdistan (KDPI) in September 8, 2018. In this operation, Fateh-110 missiles were fired from a distance of 230 km towards the headquarters of the KDPI terrorist group in Koysinjaq in the Kurdistan region of Iraq and very accurately targeted the meeting of their leaders. In this precise attack, 16 members of KDPI were killed, including 6 members of the central committee of this terrorist group. This attack was carried out in retaliation for the martyrdom of a number of IRGC servicemen who were killed by KDPI in July of the same year in the west of the country.

The operation against the Mossad base/villa near the Iraqi city of Erbil is another important and impressive operation of Fateh-110 ballistic missiles. In the morning of March 13, 2022, the IRGC Aerospace Force targeted the secret and sensitive center of the Israeli regime near the new US consulate in Erbil, with at least 10 ballistic missiles. Some of the missiles used in this operation were Fateh-110. The IRGC stated that the reason for the attack on the Mossad villa near Erbil was a response to the Israel’s recent evils activities against Iran national security.