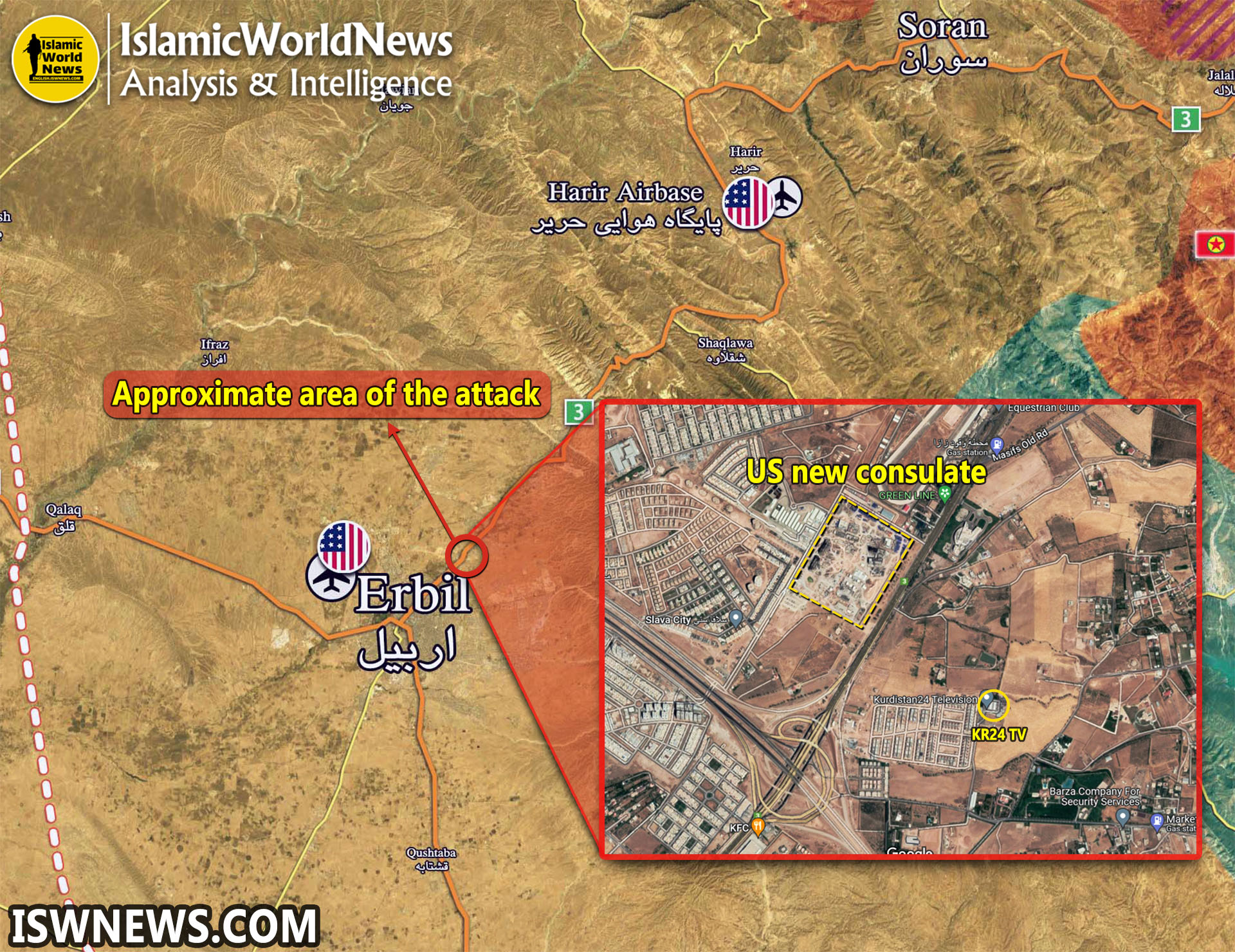 According to local sources, at 1:20 a.m., 12 ballistic missiles were fired from Iranian territory at the city of Erbil, hitting US military positions in the city. Also Reuters quoted US officials as saying the attacks did not cause any casualties or damage to the US consulate or troops.

However, based on data analyzed by ISWNEWS, the missile attacks were carried out in two stages and were concentrated on Israeli assets and not the US. The first stage was at 1:03 a.m and the second stage at 1:20 a.m.

Also Iraqi sources revealed names of some of Israeli intelligence agents who were killed or wounded in the missile attacks. ISWNEWS can not confirm the validation of these information but the names are as follow:
1- Mattis Datris
2- Smith
3- Adam Butler in charge of traffic coordination in Erbil
4- Saul, an Israeli commander in Erbil
5- Mellis Robert, nicknamed Afniz
6- Johnny
7- Jones
8- Gabriel Talker
9- Mark Zal, manager of the an economic company

So far, officials in Iran have not yet commented on the attack.

Some see the attack in retaliation for Israel’s March 3 attack on Syria. An attack that killed two Iranian IRGC members.

However, al-Mayadin quoted a security official as saying that “the attack had nothing to do with the recent Zionist operation in Syria. This operation is a response to the previous Zionist operation against Iran, which was carried out from Iraqi Kurdistan. Iran’s response to the martyrdom of two members of the Islamic Revolutionary Guard Corps in Syria will be made at the appropriate time. The attack also did not target any Iraqi or American positions in Iraqi Kurdistan.”

The Kurdistan 24 TV CCTVs shows the blast waves of the first stage of the attack:

This point is located on Al-Harir Road, 7 km from Erbil. The location of Kurdistan 24 network is also located near this area and this has caused damage to the building of this network. Coordinates of this area: 36.2648, 44.1066