Ajnad al-Kavkaz; from Chechnya to Syria and Ukraine 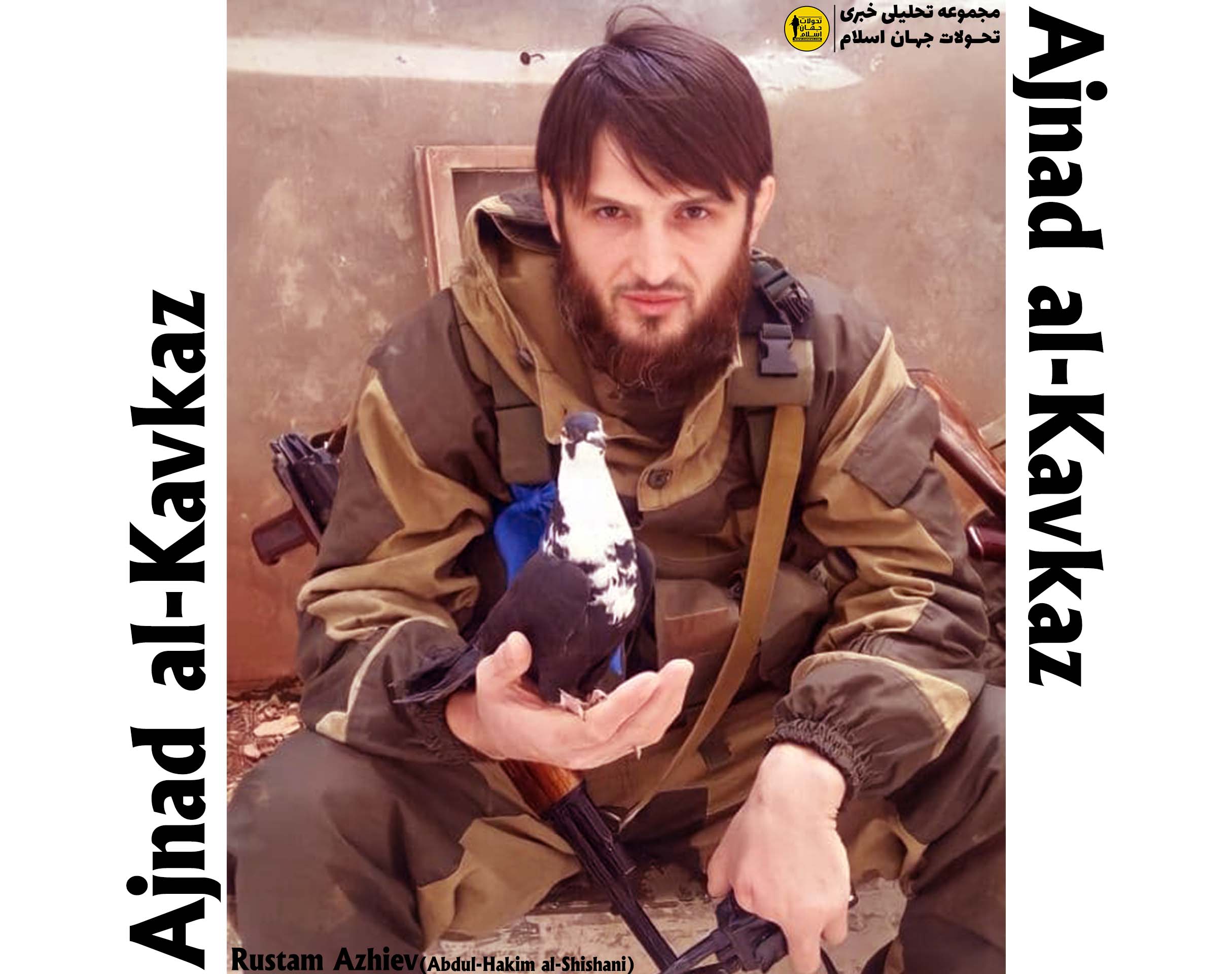 Ajnad al-Kavkaz (Soldiers of the Caucasus) is the name of a Chechnyan and Caucasian armed group, whose terrorists have been recently dispatched to the war against Russians in the Ukrainian fronts. The Ajnad al-Kavkaz is one of the subdivisions of the al-Qaeda terrorist group, and its militants have a background of contributing to conflicts in Chechnya and Syria.

During the second war in Chechnya in 2009, a great number of fugitive fighters of the Caucasus Emirate fled to Turkiye.

The eruption of conflicts in Syria and the collapse of border areas in northern parts of the country paved the way for their participation in the war against the government in Damascus, and after a while the numerous dispatches of foreign mercenaries from around the world in particular from Chechnya, Circassia and the Caucasus region triggered the Westerners’ attention and investment.

In 2015, a group of the mercenaries formed the Ajnad al-Kavkaz backed by al-Qaeda and Turkiye. The group joined the Hay’at Tahrir al-Sham in 2017, and withdrew from Idlib, Syria, following an agreement with the Tahrir al-Sham and continued its activities against the Syrian Army in the northern front of Latakia governorate. The Ajnad al-Kavkaz mercenaries have connections with other terrorist groups from Chechnya and Caucasus such as the Caucasus Emirate, but they perform independently.

The leader of the group is named Rustam Magomedovich Azhiev also known by his Jihadi nom-de-guerre Abdul Hakim al-Shishani. There are two other figures along with Azhiev. One of them is military commander Hamza al-Shishani and the second one is political commander AbuBakr al-Shishani.

Following the initiation of the Russia-Ukraine war and the quick advancement of Russians accompanied by Chechnyan military forces of Ramzan Kadyrov’s government in eastern and southern fronts of Ukraine, the Western states came to the conclusion that they can move some of the armed groups stationed in northern Syria to Ukraine. One of the groups is the Ajnad al-Kavkaz, who could arrive in Ukraine by the help of Turkiye. There are video documentations in different Ukrainian cities, including in Kryvyi Rih and Bakhmut, proving their presence in the war against Russia.

Two reasons have been mentioned on the involvement of the Chechnyan group in the Ukraine war. First, the extremist armed group has a background of fighting the Russian Army in the second war in Chechnya and mountainous areas of Latakia in northwest Syria as well.

Therefore, they are aware of the Russians’ fighting method as well as the way to fight back. In the forest and mountainous areas, they show effective performance and enjoy significant coordination and capability in team working. The features are the same conditions that are seen in the Ukrainian fronts, and they can block the Russians’ advancement.

Second, other armed groups in Syria do not have the motivation and background to fight Russia more than the Chechnyan militias. They fought the Russian Army and the Kadyrov government in Chechnya in the past, and experienced a heavy blow due to lack of military equipment, foreign support and so on at that time. Now, the Ukraine war can provide them with the opportunity to take revenge and it may spread the war zone to the Russian territories.

In general, the idea of creating and enhancing terrorist groups has been planned by the American strategists with the aim of standing against Russia, Iran and other opponents of the United States. The project has been implemented since the occupation of Afghanistan by the Soviet Union until the conflict in Syria and now in the Ukraine war, which has been an effective strategy to pursue the West’s objectives. Accordingly, a potential defeat of Russia in the Ukraine war would bring about perilous consequences for other opponents of the US; and there is a possibility that the pattern and the quick transfer of terrorist groups to controversial regions such as Karabakh and other areas, which are safety margin of Iran, may be reproduced.