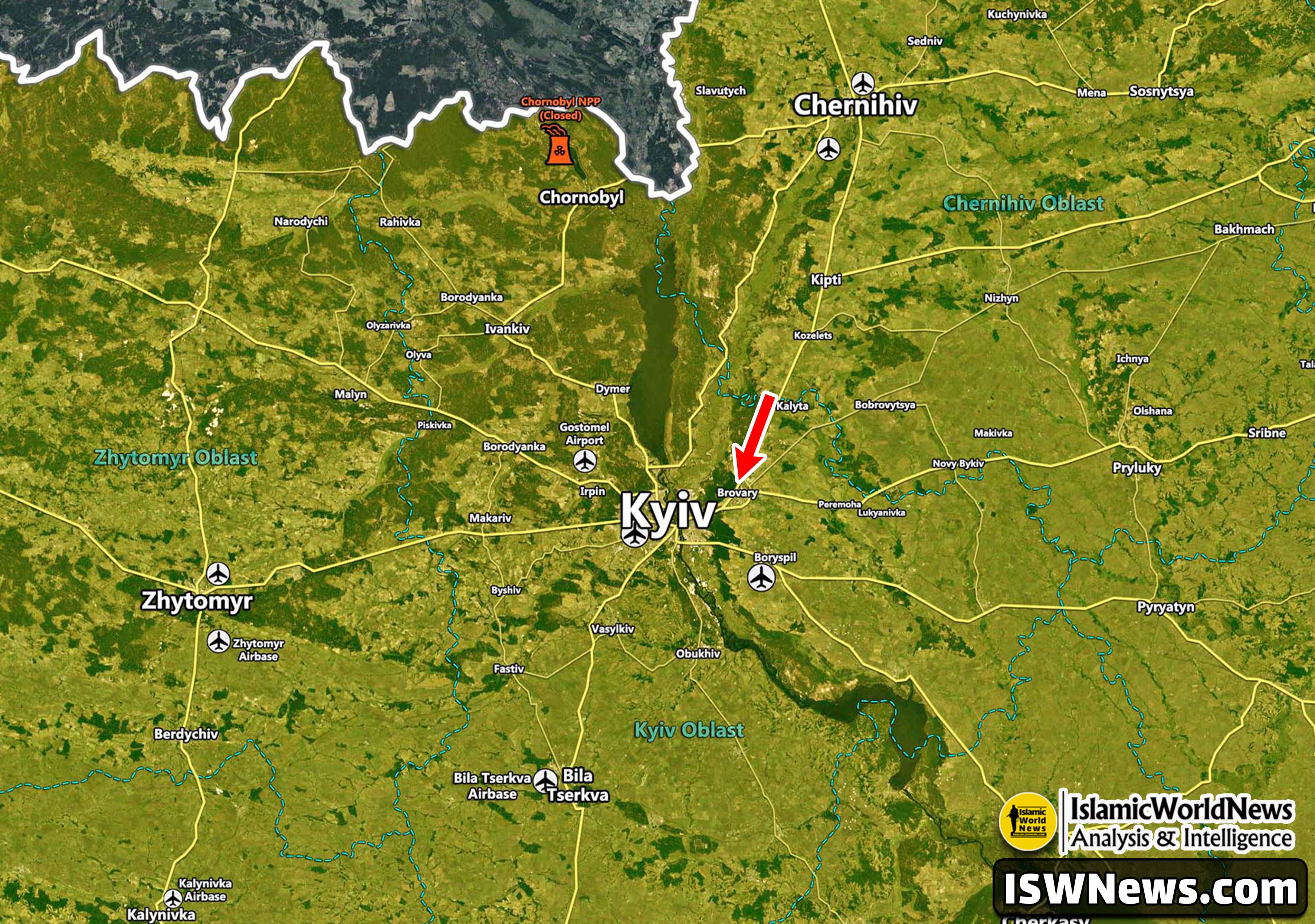 The crash of the Eurocopter Super Puma transport helicopter (EC225) belonging to the Ministry of Interior of Ukraine in the city of Brovary, east of Kyiv, left at least 16 dead and 29 wounded.

Nine people were on board of the helicopter, including Denys Monastyrsky and his deputy Yevhen Yenin as well as Deputy Minister of Foreign Affairs of Ukraine Yurii Lubkovych. The incident occurred in vicinity of a kindergarten and several residential buildings in Brovary. The explosion caused by the fall of this helicopter has killed the passengers of this helicopter and at least ten children and kindergarten staff.

The media reports and statements made by the Ukrainian officials did not specify the exact cause and other details of the fatal incident, and the helicopter probably fell down because of a technical defect or sabotage by Russian agents.

Brovary on the map