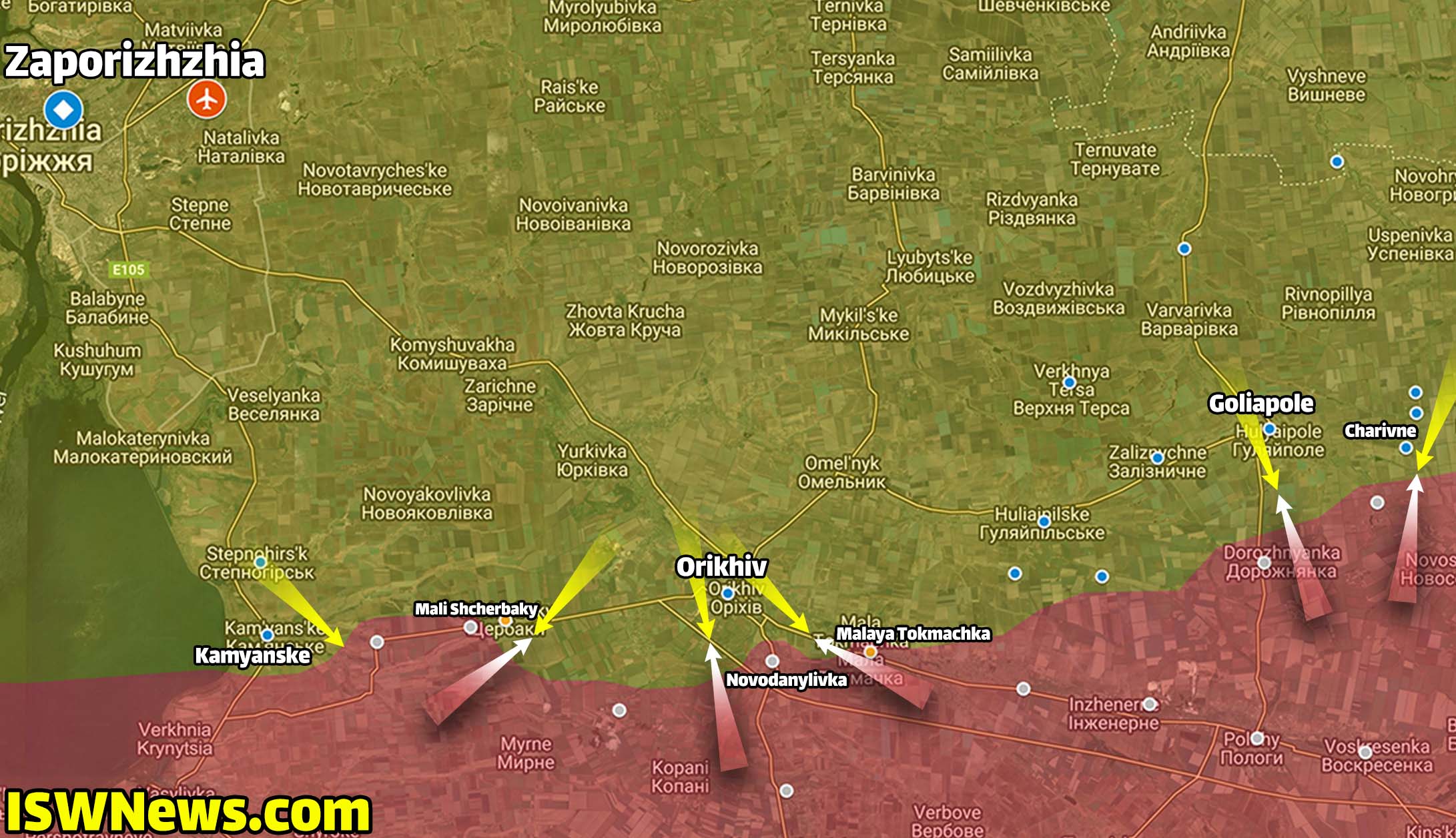 The Russian armed forces have intensified attacks on the fronts in Zaporizhzhia since January 20 And according to the latest information has managed to advance in several points. The conflicts on this front are concentrated in the two main axes of Goliapole and Orikhiv.

In the Orikhiv axis, conflicts are going on in all the eastern, western and southern axes of the Orikhiv town. According to the latest information, the village of Mali Shcherbaky in west of Orikhiv has been captured by Russia and the conflicts have been transferred to the adjacent village named Shcherbaky. Also, the Russian army claims to occupy the regions of Novodanylivka and Malaya Tokmachka in south and southeast of Orikhiv.

In the Goliapole axis, artillery attacks on the Goliapole front have been stepped up. Most of the clashes are directed to east of Goliapole and the villages of Chervone and Malynivka. The Russian army claims to have captured a strategic hill near Malynivka.

According to the local officials in Zaporizhzhia province, the Russian army has significantly amplified the intensity of the air and artillery strikes on the Zaporozhye front, and the Russians carried out 224 air and artillery attacks on the conflict zones with the Ukrainian army merely over the last 24 hours.

If the Russian army succeeds in capturing Orikhiv and Goliapole counties, the front line of the Ukrainian army in defending the city of Zaporizhzhia will collapse.

It is worth mentioning that after the retreat of the Russian army from the west bank of the Dnieper river, this axis (Zaporizhzhia) is one of the most important axes active in the southern front of Ukraine. In the past few months, the western media reported on the preparation and equipping of the Ukrainian army to carry out a major operation in this axis with the aim of recapturing the southern regions of Zaporizhzhia and Kherson oblasts in southern Ukraine. Considering the fragile situation of the Bakhmut front and the possibility of the defeat of the Ukrainian army, and the recent statements of Western officials and their advice to Ukraine to carry out military operations in other more important and sensitive fronts (such as Zaporizhzhia), it seems that the Russian army knowing about this issue and the possibility of the start of Ukrainian operations in this axis, has somehow preempted and by advancing in this axis, it intends to neutralize the plans of the Ukrainian army and NATO.