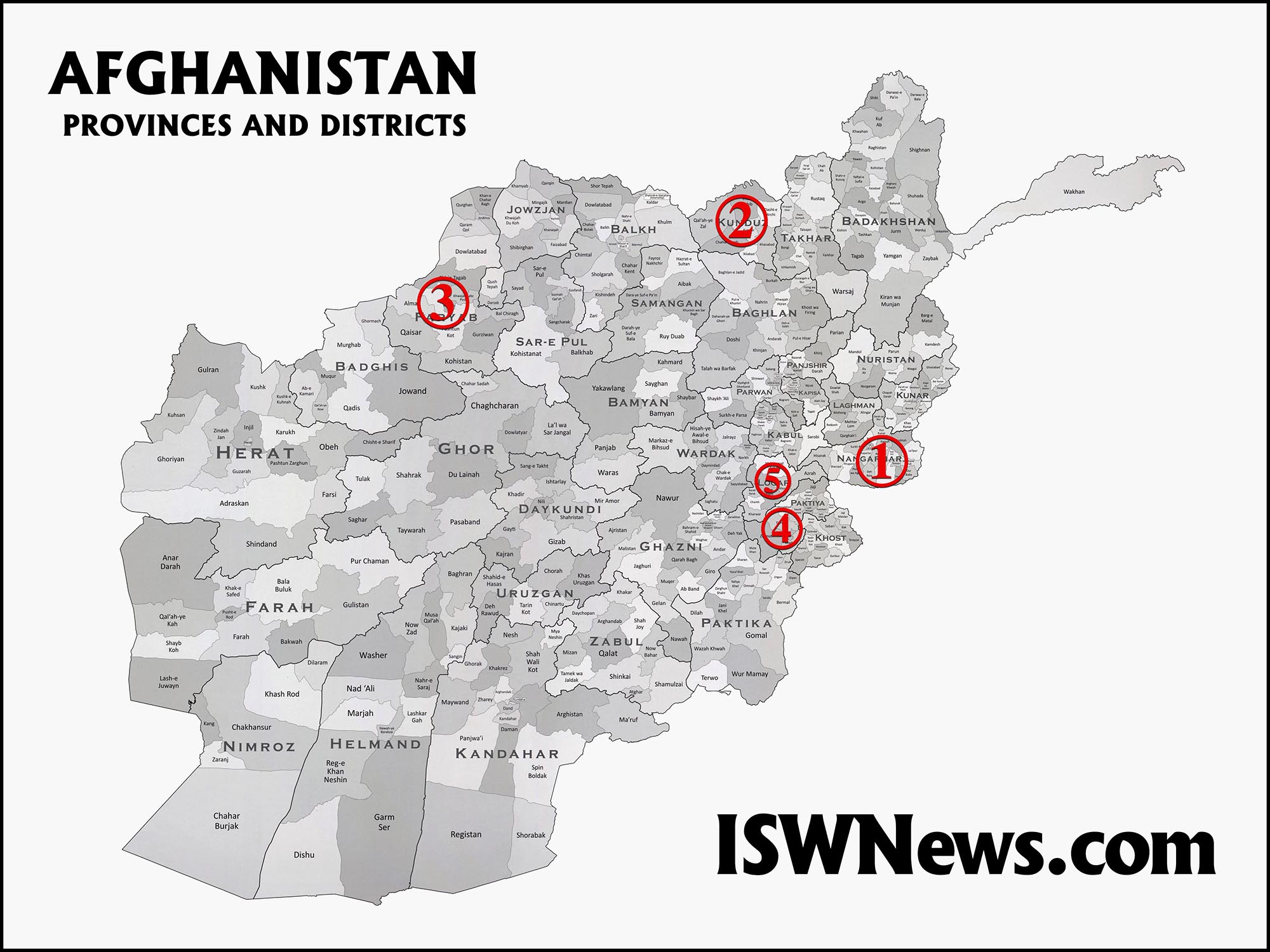 290 thousand people in Afghanistan war are homeless in one year according to UN report.

1. Nangarhar:
Four of Taliban local commanders with 50 of their troops joined peace process in Nangarhar province. They were active in cities Bati Kut, Achin, Rudat, Momand Darah and Khugiyani against the Government.

2. Qunduz:
From last three days, an operation started in Dasht Archi region of Qunduz province to clear it from Taliban. According to military sources so far two strategic regions Pole Sief al Din and Qarqalaq are freed from Taliban.

4. Paktika:
Kabul-Logar highway which was blocked due to protesters gathering, reopened today.

5. Logar:
According to Defense Ministry statement due to a airstrike in Azrah in Logar province, 19 members of Taliban, from which eight were Pakistani, killed.

6. UN:
290 thousand people in Afghanistan war are homeless in one year according to UN report. It is mentioned that due to war 60-70% of people of Jaghuri and Malestan in Ghazni province were forced to leave their homes.