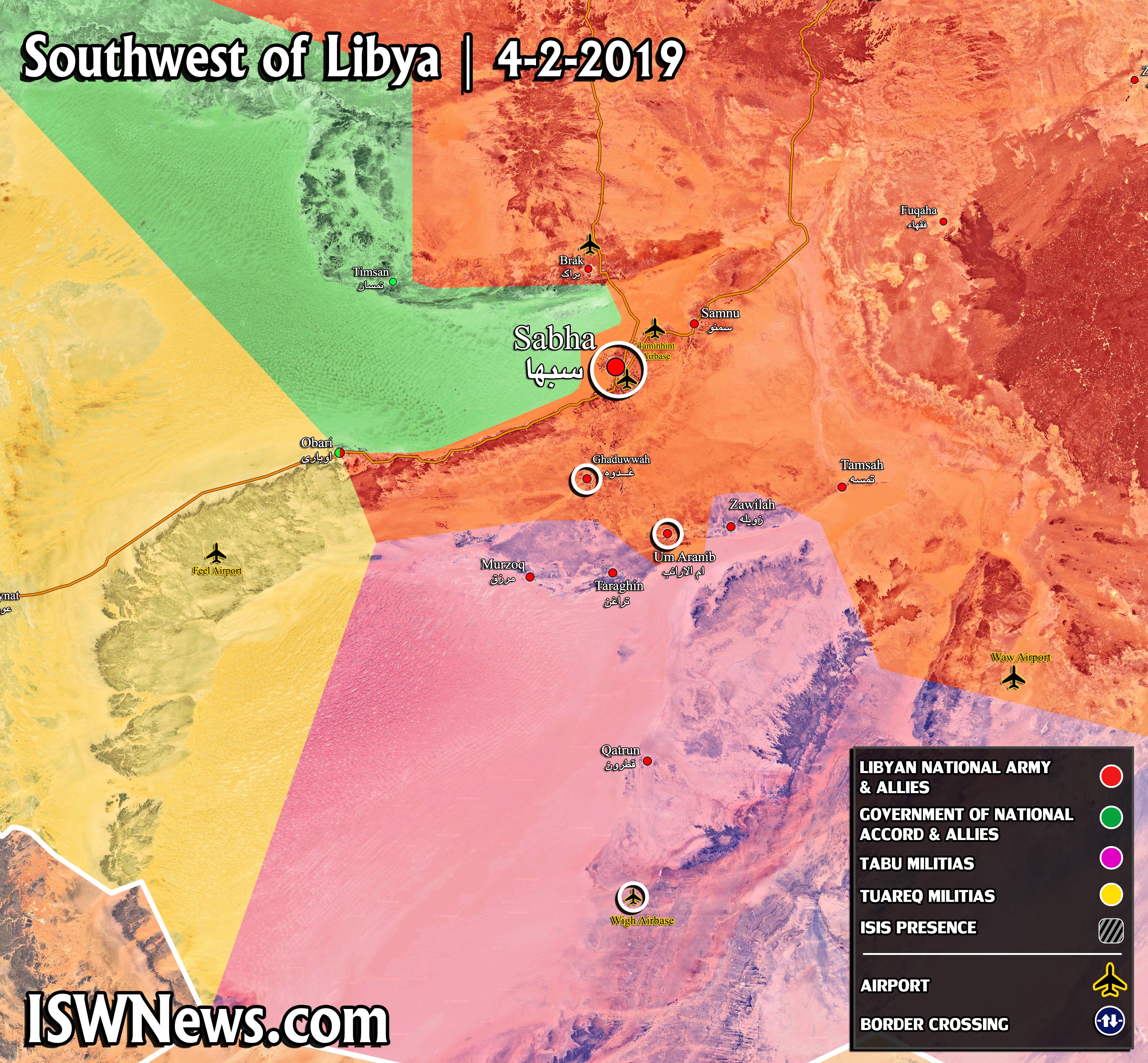 Libyan National Army, LNA in the last two weeks started an operation around Sabha which resulted in capturing the airport and then Sabha fortress.
After this stage, paramilitaries following Government of National Accord left the city and submitted it to LNA since they could not defend against General Khalifa Haftar.

Ghudawwah and Um Al Aranib areas and then Al Wigh airbase are claimed by Libyan National Army and there are negotiations between them and tribes of Tabu to claim the remaining lands.

Sabha being the largest city in south of Libya and in western half 750 km from Tripoli (the capital) and has a population of more than 100 thousand consisting of different tribes.
The city has been field to battles between different groups and tribes since Gaddafi fall.