Voices from Syria That the West Has Refused to Listen to 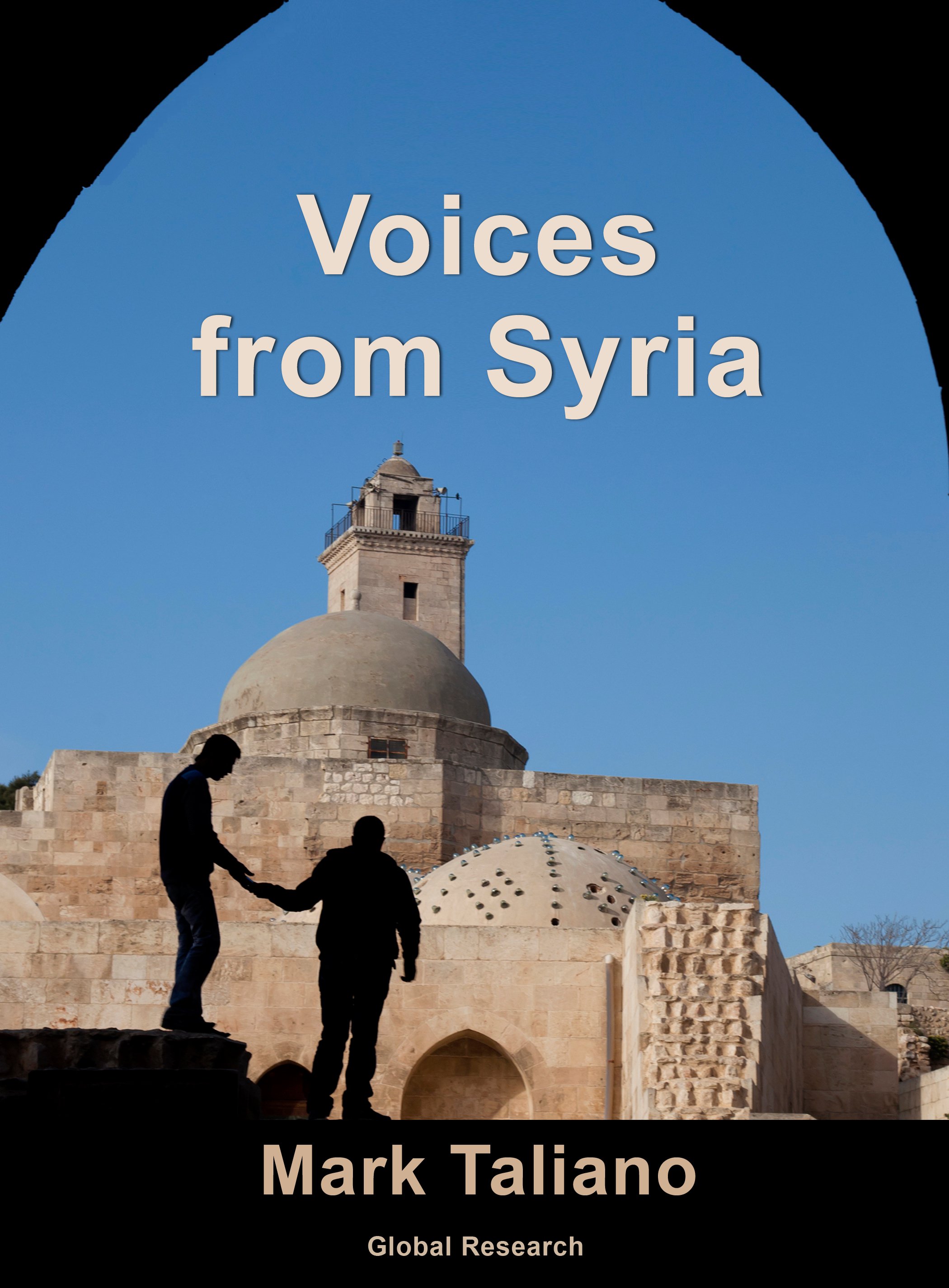 I have finished the reading of Mark Taliano’s upsetting and comforting book “dedicated to the people of Syria, all of whom are on the frontlines against international terrorism”.

The author is a rigorous investigator and makes no secret of being a man of conviction. He has got a genuine and deep empathy for “the Holy land” of Syria, and for its “proud, forward-looking people”.

A very simple but strong idea is the thread guiding the demonstration that makes up the core of “Voices from Syria”: Truth must be used against the lying narratives as an instrument for building peace and denouncing manipulations and crimes of the Western Empire and its Eastern allies (Israel, Turkey and Gulf Monarchies). Sticking to this approach, Mark Taliano made a point to collect moving and indisputable personal testimonies, evidences and reports coming from witnesses and sources in Syria. He hands over to all kinds of people who have suffered from war, violence and destruction, unveiling and pointing to the supporters, the decision makers, the actors, all those involved and responsible for carrying on and refueling the Dirty War.

The writer’s honesty, his frankness, his refusal of any intellectual game at the expenses of the suffering Syrian People are such that his pleading can’t be contested. Through the authenticity of his “Voices from Syria” and the accuracy of these genuine testimonies, he shuts the door on the miserable and shameless lies and false flags of Western and Islamist [Wahhabi] propaganda. Here is a deeply documented book on the savage War against Syria (among other countries) which has been sowing crime, destruction and terror for years in this “Ancient Land”, “the mother of our civilization”. The western assault on Syria is an assault on our common humanity and Future.

– The Great Fraud of the so-called “Global War on Terrorism” and the western support to Terror: the “War on Syria” is presented by the US and the West as a noble war for the sake of civilization. In fact, it is a mere war of aggression against a country and a people that did not declare War to anybody and just protect their national sovereignty: according to Nuremberg standards, this type of War is “the international crime par excellence”. In fact, the genuine Syrian People support their Homeland and their National Army.

-Feigned Humanitarianism – for instance “the Responsibility to Protect” (R2P) – is used as Cover for Crimes against International Law. In Syria as elsewhere, “Regime Change Policy” is the real goal of the US and western “Deep State”.  -Corrupt Mainstream Media plays a strategic role in the Big Manipulation: in fact actors, facts, realities and responsibilities are clearly identified and very well known to Syrian People, but the deliberately lying narrative restlessly spread in the West leads the public opinion to believe that the US is leading a merciless campaign against Daesh, regardless of the fact that US intelligence is behind the creation and supports the Islamic State organization.

Mark Taliano is not arguing over details and he is right. After reading his beautiful and invigorating book, you will never forget those “Voices from Syria” that the West has refused so obstinately to listen to. And you will let moderate intellectuals draw a balance between the pros and cons in the Kill and martyrdom of the Syrian People whose “blood is being shed for our sins”.