Kashmir, Near but Very Far! 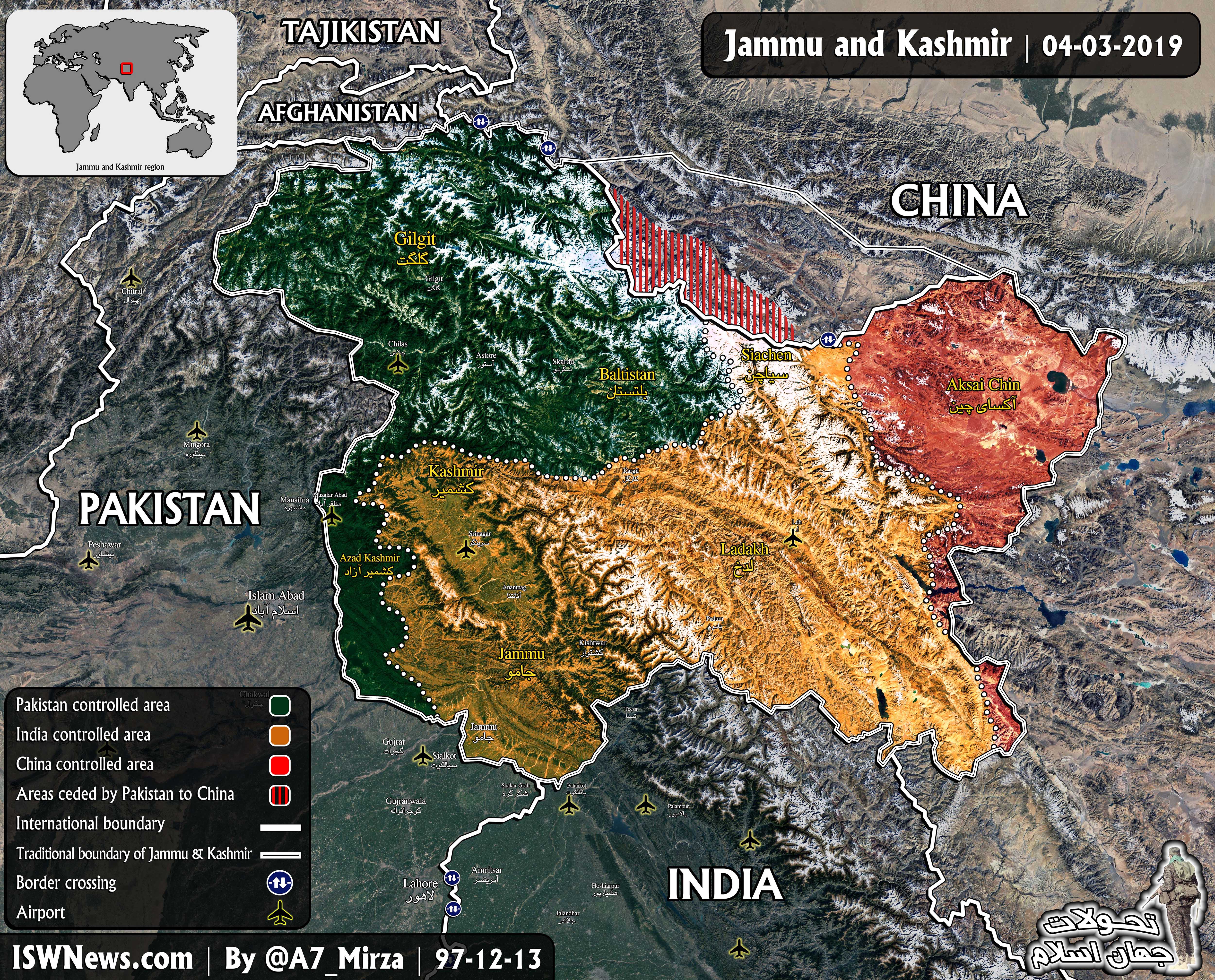 Kashmir, Durand Line, Baluchestan, north of Yemen, Persian Gulf islands, border between Azerbaijan and Armenia and Kurdistan are among many border making policy by colonizers like UK and France at which we see endless fights and confrontations.

Kashmir is a region in Middle Asia after Second World War and UK ended colonization in India which is always a high tension issue between Pakistan, India and China.

After Second World War and UK leaving India there were two options regarding the area:
1. United India, 2. Dividing India to Indians (India) and Pakistan (Muslims).

Finally by UK’s intrigue Pakistan was separated from India and separatist states had the right to coalesce with India or Pakistan based on the location, people’s voting and religion.

Hari Singh, governor of Kashmir did not accept joining Pakistan, in despite of Muslim majority in Kashmir and people mostly demanded to join Pakistan. He first showed interest in Independence but later to gain power over Muslim majority and also Pakistan’s supporting them, he asked India for military support and signed Union Treaty with India.
This issue resulted in three wars so far between India and Pakistan which resulted in the division of the area between Pakistan, India and China.

– First war:
After UK leaving and Pakistan independence from India, there was a war between India and Pakistan from October 1947 to January 1949 which was ended by UN mediation as follows: Hindu regions joining India, Muslim regions joining Pakistan and other parts by voting. No vote ever done in Kashmir. So Pakistan claimed one third of Kashmir as ‘Azad(free) Kashmir’ and India claimed its claimed region as ‘Jammu and Kashmir’.
– Second war:
From 1965 to January 1966 which ended by Russia’s mediation.
– Third war:
In 1971 Kashmir’s people uprising resulted in separation of Azad Kashmir and also Eastern Pakistan (Bangladesh) from India.
Aksai Chin region was also claimed by China in a war between India and China in 1962.