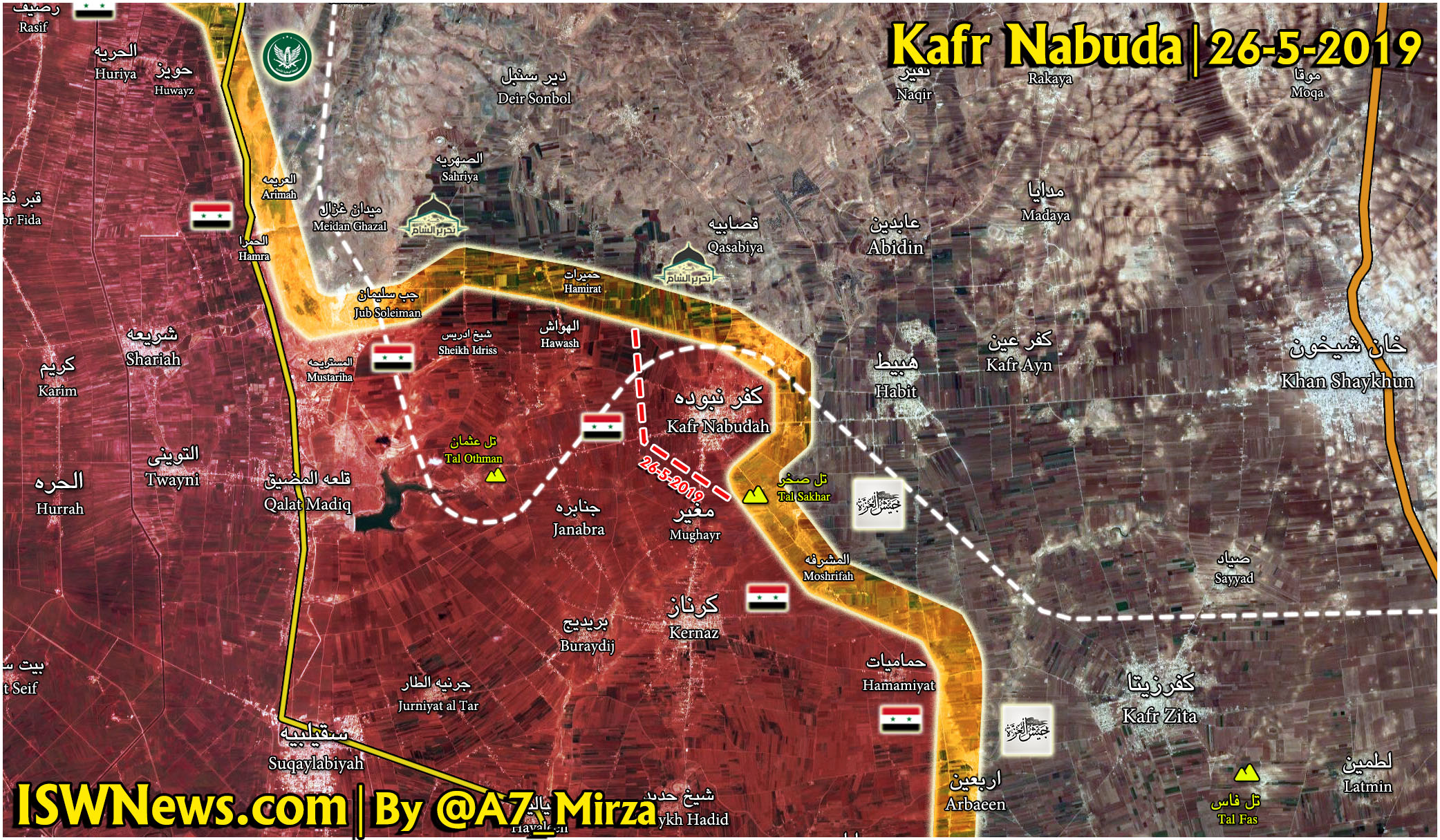 Only three days after terrorists occupied the city, that Syrian Army took reclaimed it.
The fact is that in these three days, Kafr Nabuda was under Syrian and Russian artillery and airstrikes and since the only logistic way to the city for terrorists from Al Hobit was under Syrian Army direct fire, stabilizing in Kafr Nabuda city for Tahrir al Sham was very expensive and with heavy casualties.
Therefore, Tahrir al Sham evacuated the city.
Syrian Army to stabilize its position in the city needs to clear until Tal Sakhar at least.