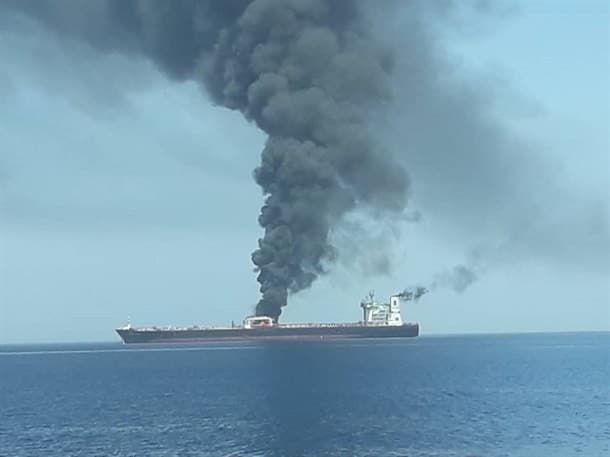 Front Altair a Norwegian company owns one and the other is Japanese. The Norwegian carried crude oil from UAE’s Al Fujairah to Taiwan and the Japanese carried methanol from Saudi Al Jubail harbor to Singapore.
Some reported it was torpedo and some reported it was a blast from inside the tankers. So far it is not clear.

Iranian Navy Boats rescued 44 sailors of one of the tankers to Jask harbor in two missions.