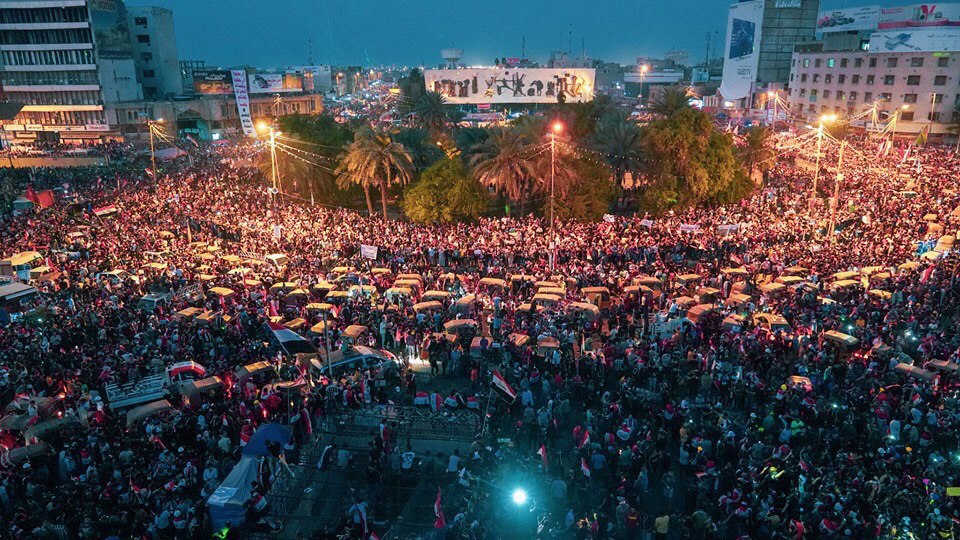 – Faysal Abdullah, member of High Commission of Iraq’s Human Rights: From 1 October 2019 and beginning of protests so far, 250 people were killed and 12 thousand injured.
He added: 100 buildings and institutes were set on fire in the same period of time.

– Closure of Um al-Qasr harbor due to presence of some protesters and engaging with security forces. The Human Rights Commission claimed 120 people injured in engagements.

– Iraqi union of teachers extended their strike. The union was on strike for four days in the last week.

– Firing flags of US. and Israel in Tahrir square.

– Employees of Hazrat Abbas shrine participated in the protests in Karbala and demanded immediate reforms.

– Leith Kabah, high consultant of PM Adil Abdul-Mahdi: Under the shadow of intensified protests and failure of all mechanisms to control them, there is possibility that Abdul-Mahdi takes the responsibility of transition government.

– Masoud Barzani, leader of Kurdistan Democratic Party, said in a message that the reform in the constitutional law of Iraq should not be enforced and rights of minorities should be preserved.