Indian Muslims Protesting Against the Government 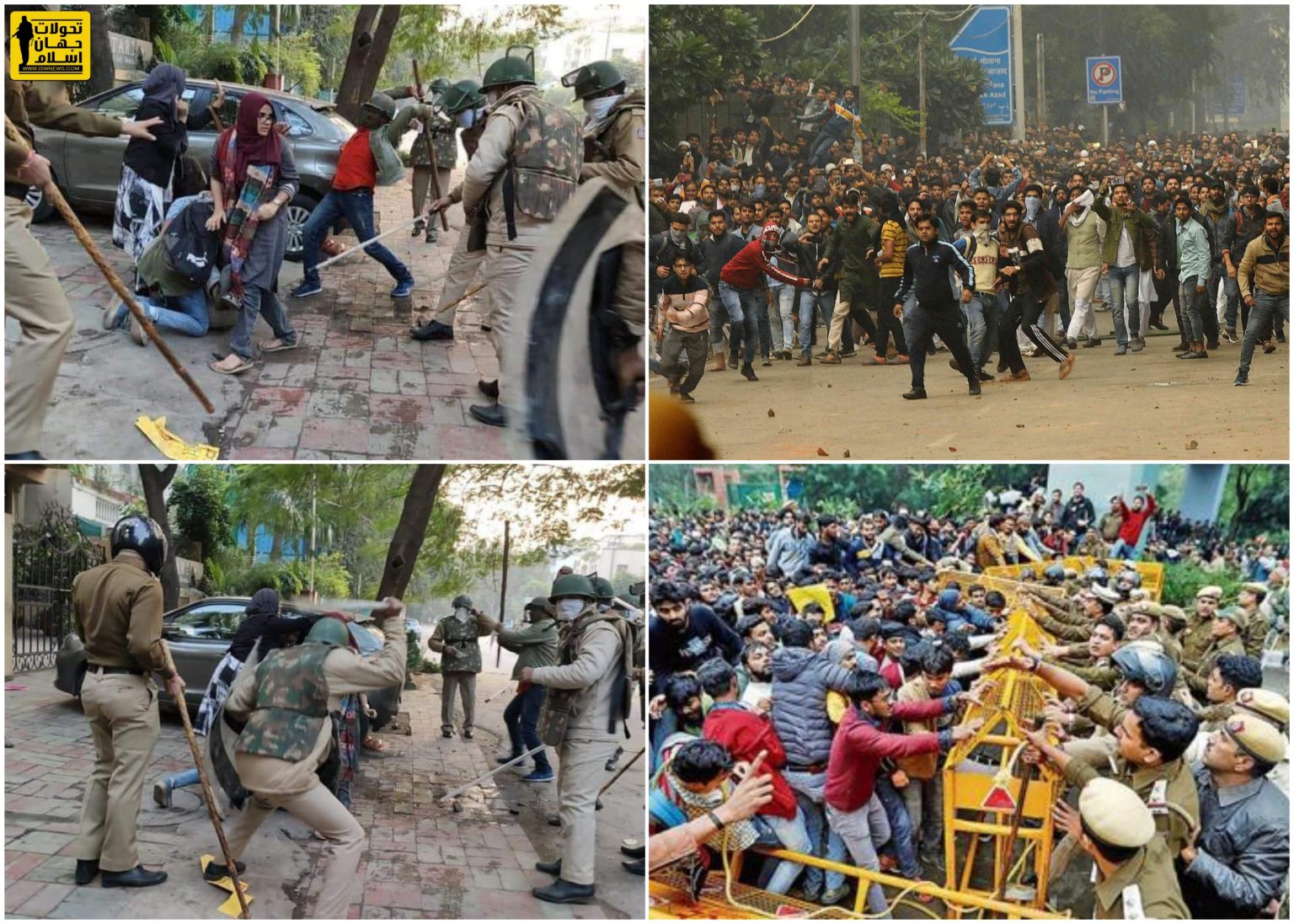 ISWNews Analysis Group: Indian Muslims marched in several cities in opposition to the law of citizenship to non Muslim immigrants of Bangladesh, Afghanistan and Pakistan.

Indian police attacking protesting students of Jamia Millia Islamic university arrested and wounded some students and desecrated the mosque of the university.

The protests started in other provinces such as Uttar Pradesh, Mumbai and Bengaluru.
Some of actors and directors of Bollywood also showed support for students and protesters and blamed police violence.
Other Indian Muslims also started to condemn police and government and solidarity with students using #WeStandWithAMU hashtag.

The bill proposed by the government, which was passed in both Senate and Parliament, enables non Muslim immigrants of Afghanistan, Bangladesh and Pakistan who came before 2015 to get citizenship.
Narendra Modi administration called the bill correct and should be implemented.