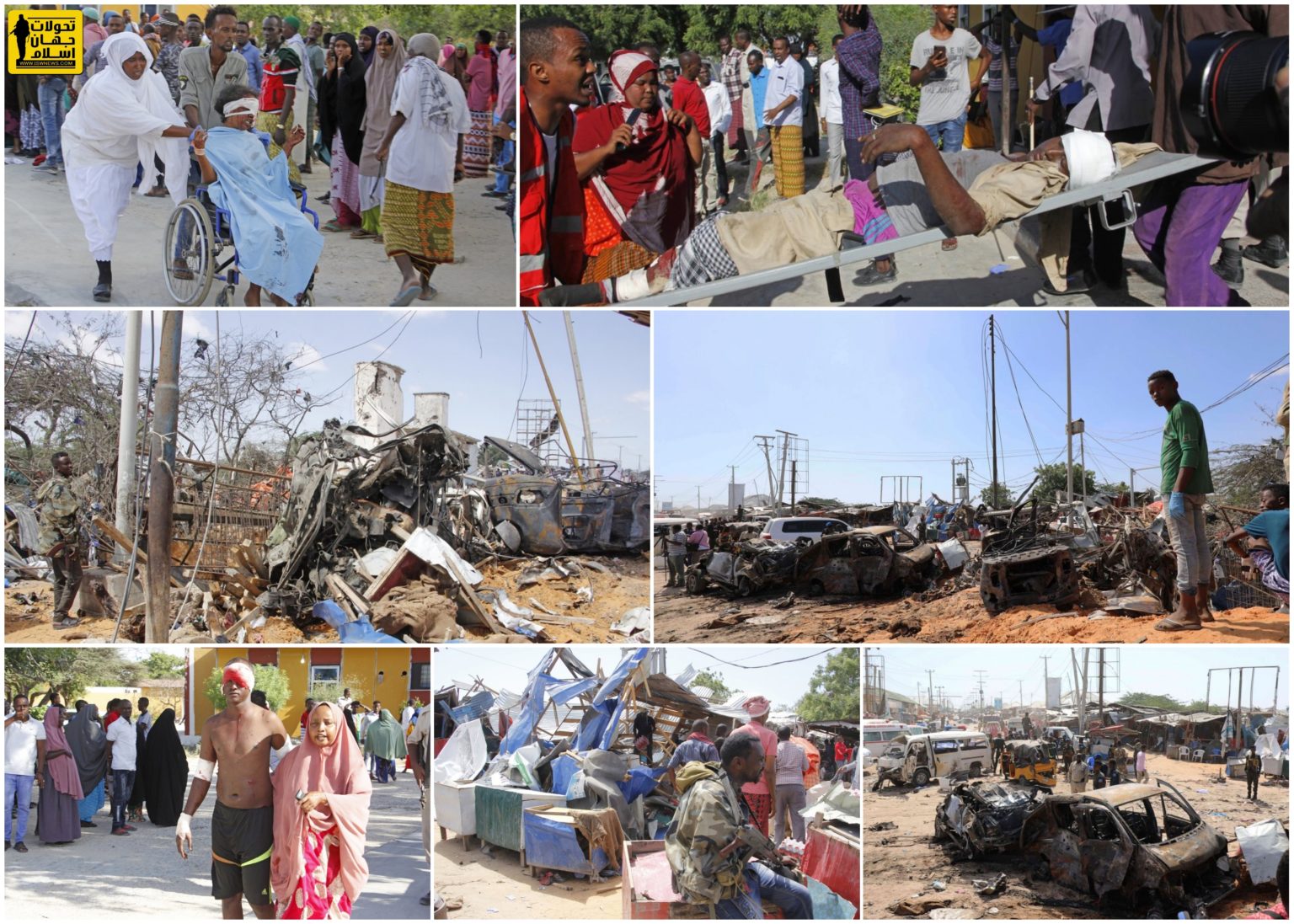 ISWNews Analysis Group: A car bomb exploded at a checkpoint in a busy area of Mogadishu the capital Somalia on December 28, killing more than 90 people and injuring dozens.

So far, no group has claimed responsibility for the attack. But ISIS and Al-Shabaab are the main suspects of the attack.

Harakat al-Shabaab al-Mujahideen is a group that fights in behalf of al-Qaeda in Somalia and some of its ally groups and forces follow ISIS.
The origins of these groups date back to the Somali Civil War and formed under the umbrella of “Islamic Courts Union”. This alliance took over southern Somalia and later split into different groups, and with the emerge of ISIS, some of these groups allied with ISIS.
The Al-Shabaab terrorist activity is concentrated in Somalia and Kenya.