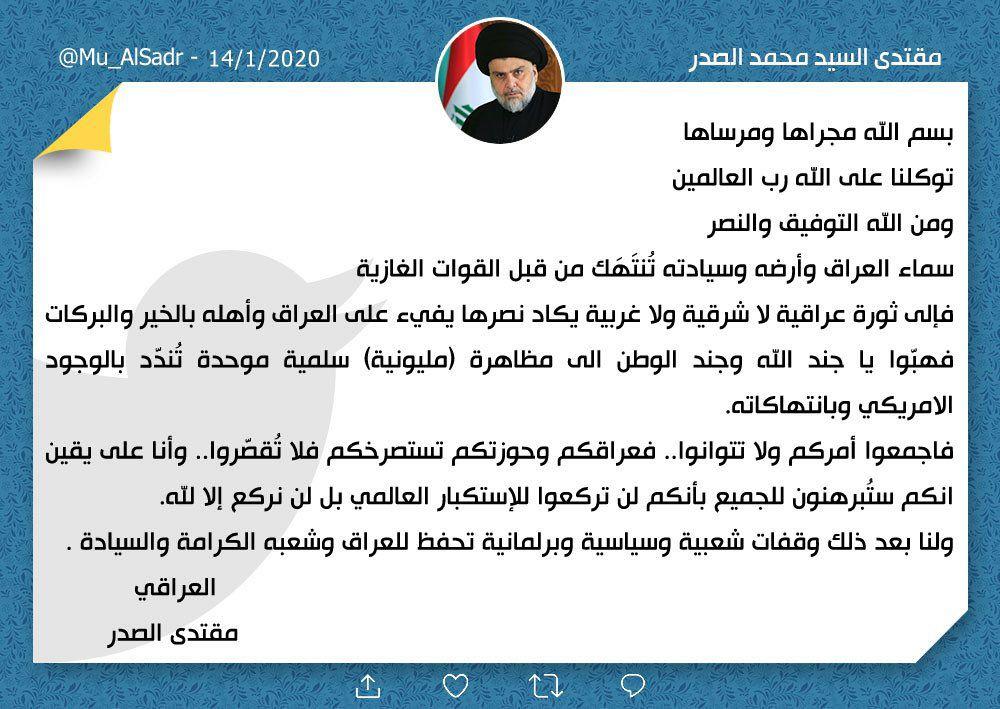 1. Inviting for anti-USA protests by Muqtada Sadr.
Sadr invited people to march condemning presence of US forces in Iraq and said: I believe that you’ll show everyone that you don’t bow down to universal arrogance.

2. Justice department rejected the news of moving prisoners with terrorism indictment from Naseriyah to Soleimaniyah.

3. Due to ISIS attack to al-Walid passage at the border of Iraq with Syria four Iraqi forces injured.

5. Due to incarceration of several sit down strikers in Basra university, several hundred students of the university closed the police HQ in response.