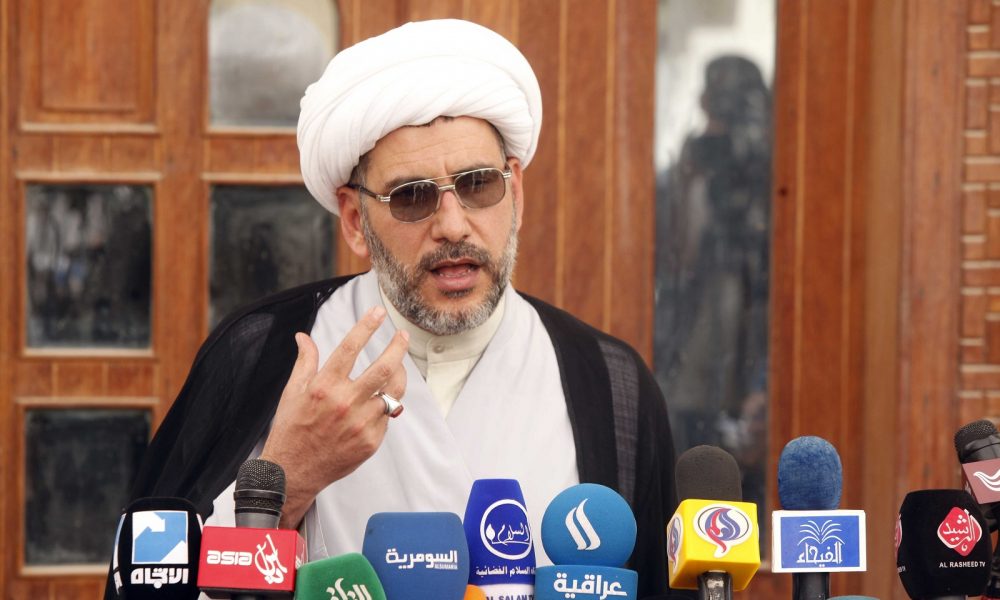 ISWNews Analysis Group: Salah al-Ubaydi the official spokesman of the leader of Sadr group, has informed about rejecting of Americans demand for meeting , by Muqtada Sadr and the shooting of Kurd snipers to protesters, in recent protests of Iraq.

He said in a TV interview:
– This demonstration is for proving the power of people’s presence against the US government.
– The call for holding of this demonstration, has not been due to Iran’s pressures, and tomorrow’s demonstration will demand the withdrawal of foreign troops and the removal of corrupt people from power.
– Moqtada Sadr demands adoption of legal solutions and popular pressure for supporting of parliament, specially after recent decision based on necessity of withdrawal of foreign troops.
– Protesters protest against corrupt people, they believe these persons are supported by Iran but some believe that the cause of bigger corruption, is US.
– Some evidences reveal that one of Adel Abdul Mahdi’s close persons, has played role in command of the shooting of snipers to protesters, and the Americans support him.
– The Kurd snipers shooted to protesters, in early days of demonstrations.
– Attacking on the US embassy in Baghdad is a wrong action, because the embassies are in the diplomatic principles framework and should be protected.
– The Sairoun coalition has not imposed any candidate for premiership on Barham Salih, and the recent meeting between Sadr and Al Ameri has not included any political talk.