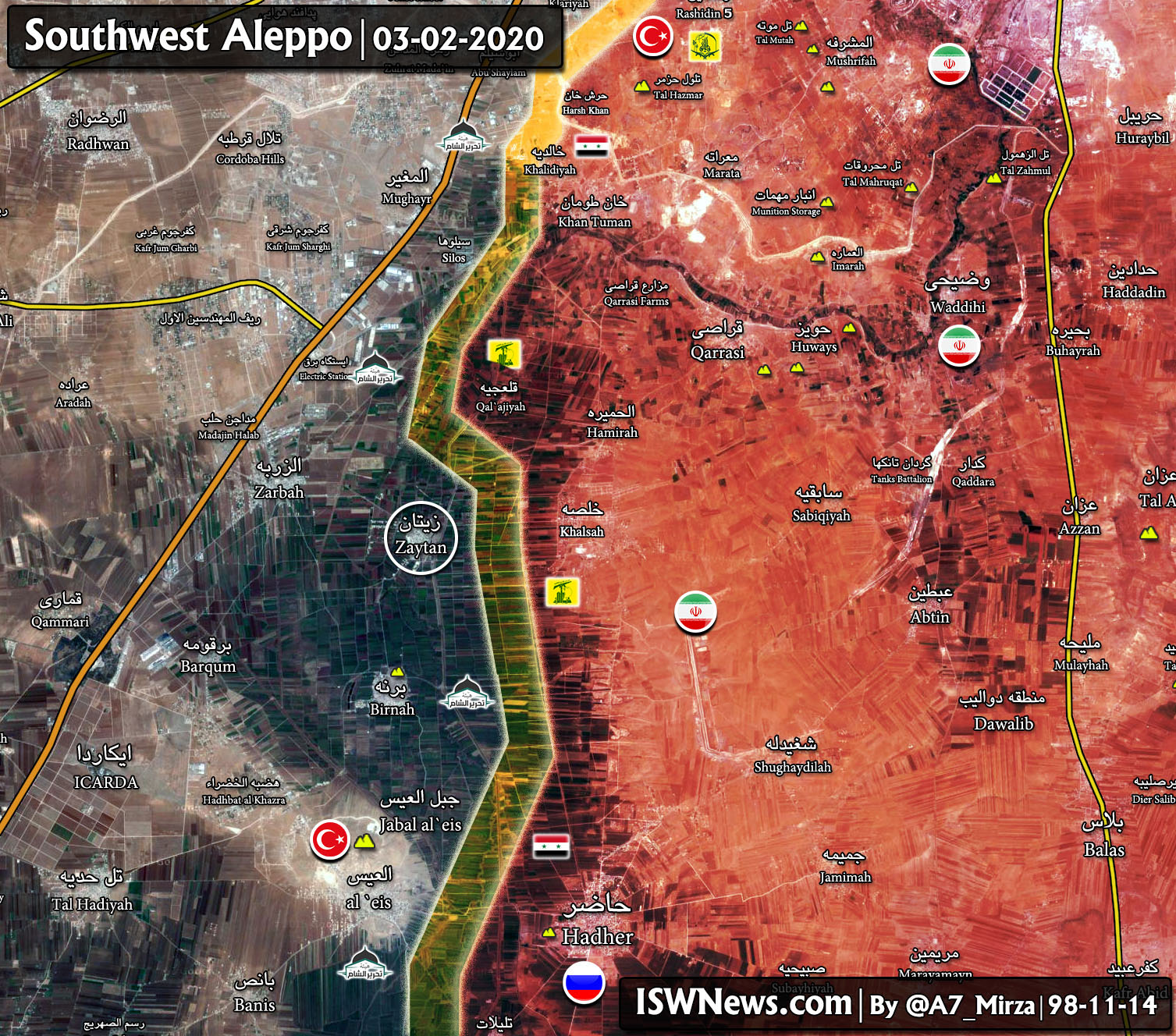 ISWNews Analysis Group: The Syrian army and resistance forces withdrew from the village of Zitan in south Khan Tuman after heavy counterattacks by Hayat Tahrir al-Sham and its allies.

During the past two days, as the Syrian Army and allies advances in southern Aleppo, a number of militants had been besieged in the village of Khalsah. In fact the Resistance forces repeated the Qalaajiah tactic for advances, but this time the militants did not withdraw from the area, such as Qarrasi and al-Hamira, and resisted in Khalsah. Eventually, after nearly two days of heavy fighting, the militants broke the Khalsah siege by pushing back the resistance forces from the village of Zaytan.
currently, clashes continue near the village of Khalsah.

Also, a T-90 tank was captured during the HTS attacks on the positions of Army forces south of Aleppo in Zitan. This is the fourth T-90 which SAA lost through the Syrian war.
Two T-90 tanks were seized in 2016 by militants on the western front of Aleppo and another T-90 in 2017 by ISIS near al-Mayadin.