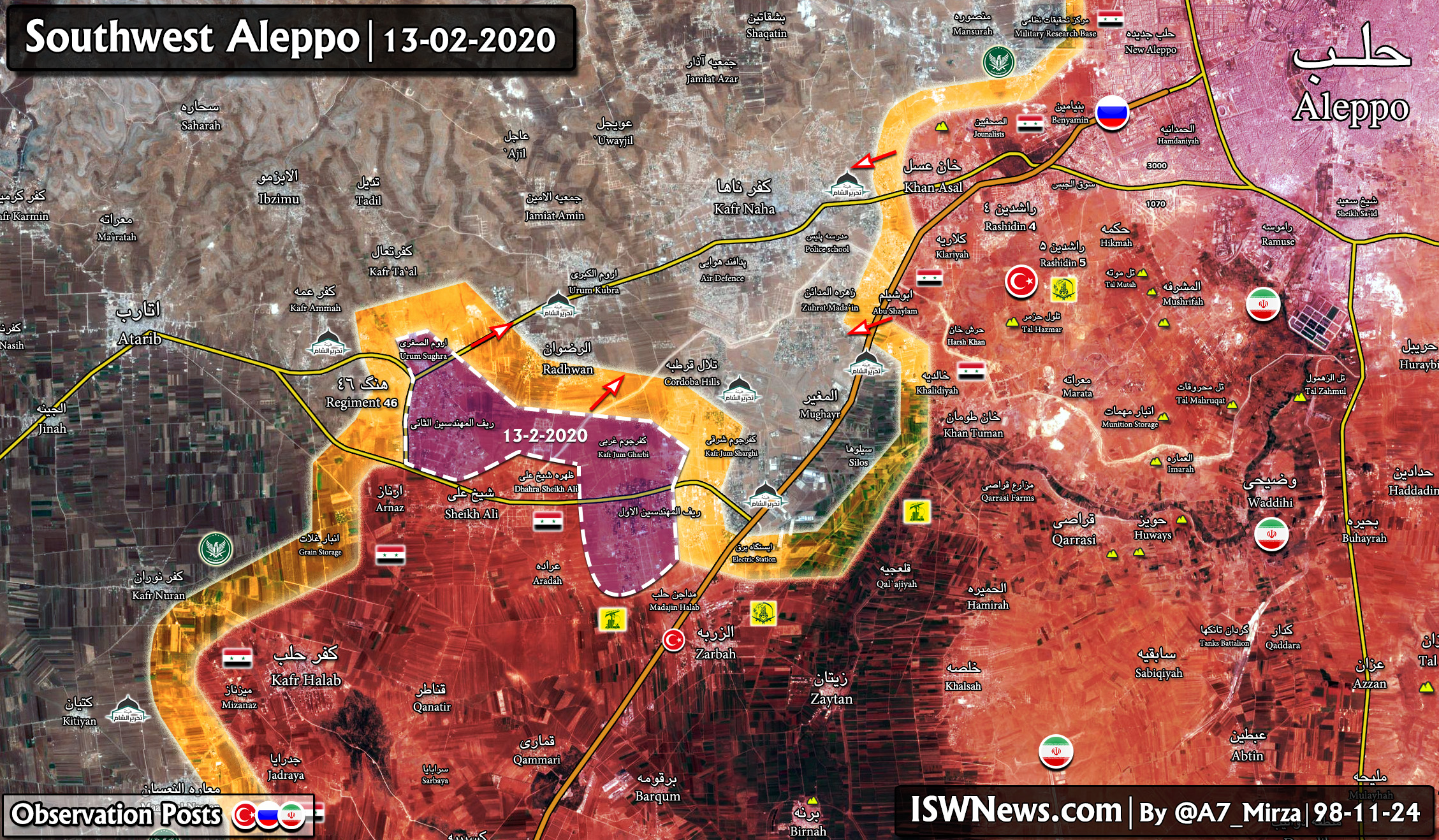 Syrian army and resistance forces could reclaim important areas in southwest of Aleppo from terrorists of Tahrir al Sham and other extreme groups using accurate tactics.

Areas Rif al-Muhandisin 1 and 2, Orum al-Soghra and Kafr Jom Gharbi in the west of M5 highway were liberated. At the moment the operation toward Orum al-Kobra and Kafr Naha is continuing.
It is noteworthy that in despite of maps released by other sources that show M5 highway is reclaimed by Syrian army entirely, it is not correct since Tahrir al Sham snipers still present in Khan Tuman silos. (local time 21:00)