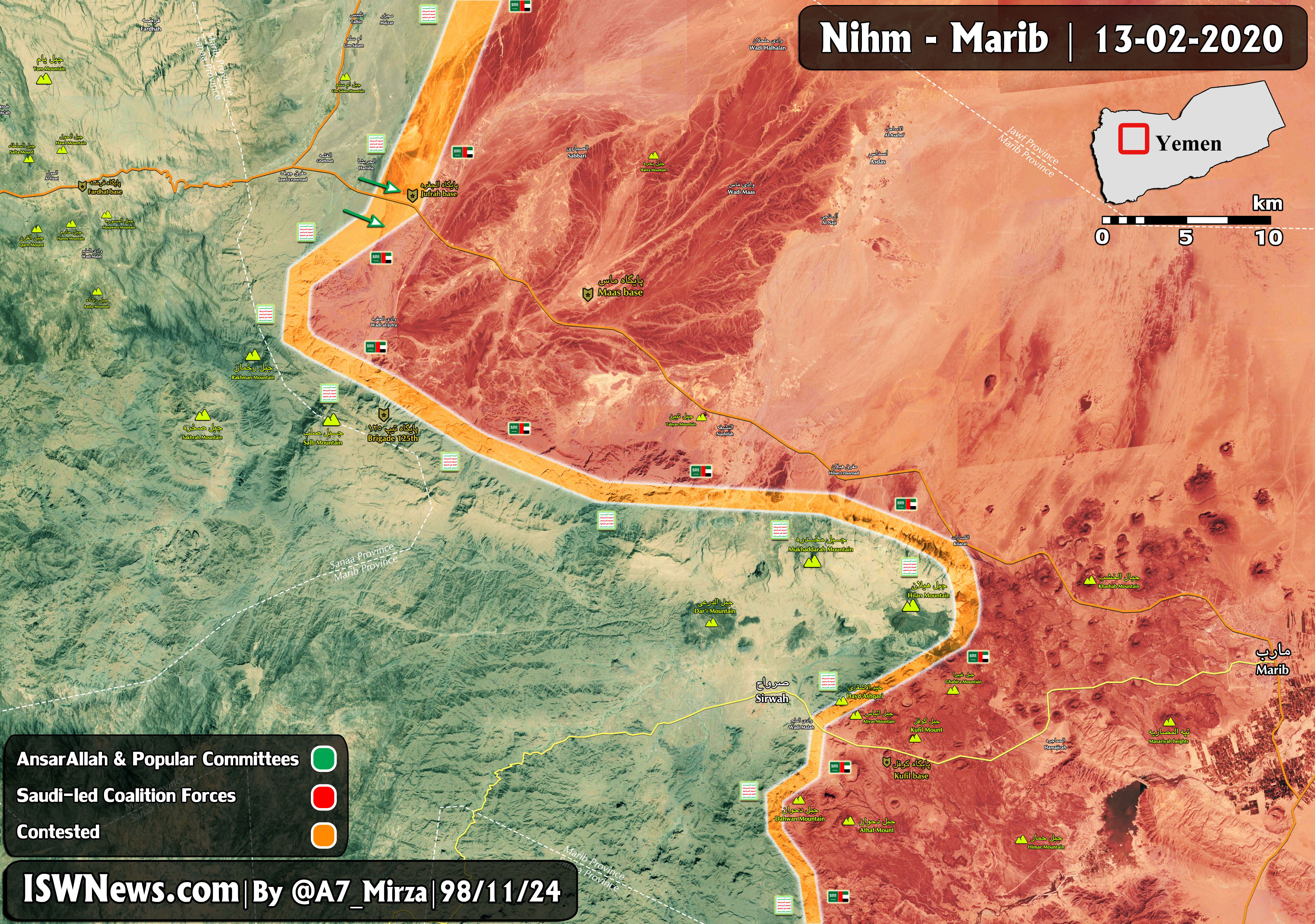 Latest military situation after the starts of operation ‘Bonyan al-Marsous’ by Ansar Allah and popular committees in the provinces of Sanaa, Marib and Jawf against Saudi coalition.

Sporadic engagements in the Jufrah base axis and south of Marib-Sanaa road are continuing and Ansar Allah has not showed intentions to advance in this axis.
In Sarwah axis, the situation is unchanged and engagements are around mount Hilan, Mukhaddarah and Mushajjah. Saudi coalition media claimed for the several time to occupy these three points, which is not true.