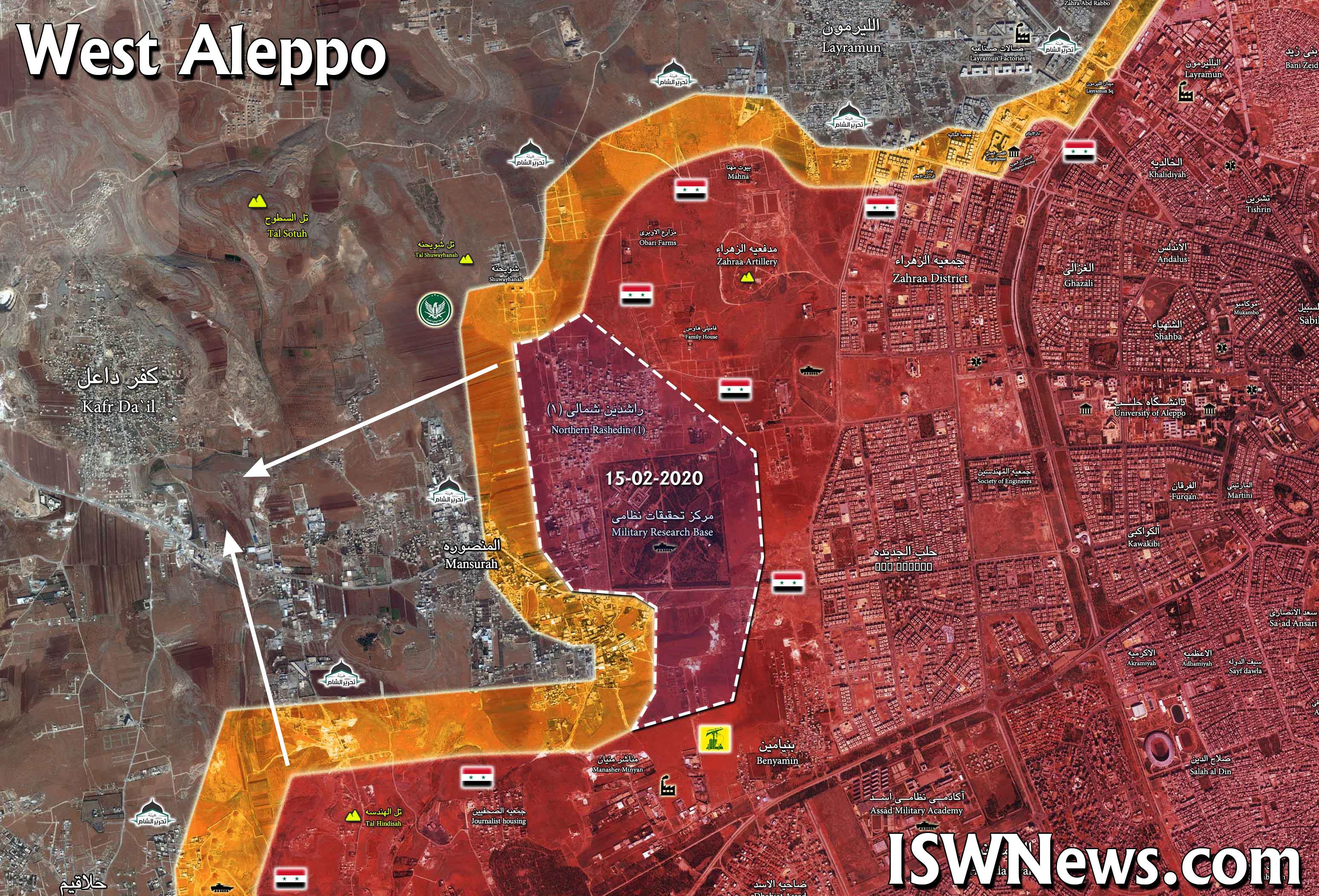 The liberation of the Rashedin 1 and Military Research Center plays a crucial role in securing the city of Aleppo and protecting civilians from the militants mortar attacks.

Currently, clashes between the Syrian army and the Tahrir al-Sham terrorists are continuing in the al-Mansoura, Halaqim and north of Kafr Naha. Terrorist attacks on the Syrian army’s positions have also been repelled so far.

According to some field information, Resistance forces, the Syrian army and Kurdish forces have launched joint attacks from the southern axis of Nubl and Zahraa against the terrorist positions in the Sheikh Aqil, Kafr Bissin.

P.S. All residential areas north and west of the military research center are called Rashedin 1, so the northern Rashedin is the same Rashedin 1.
P.S. The map may not be loaded perfectly on mobile phones because of its high resolution …