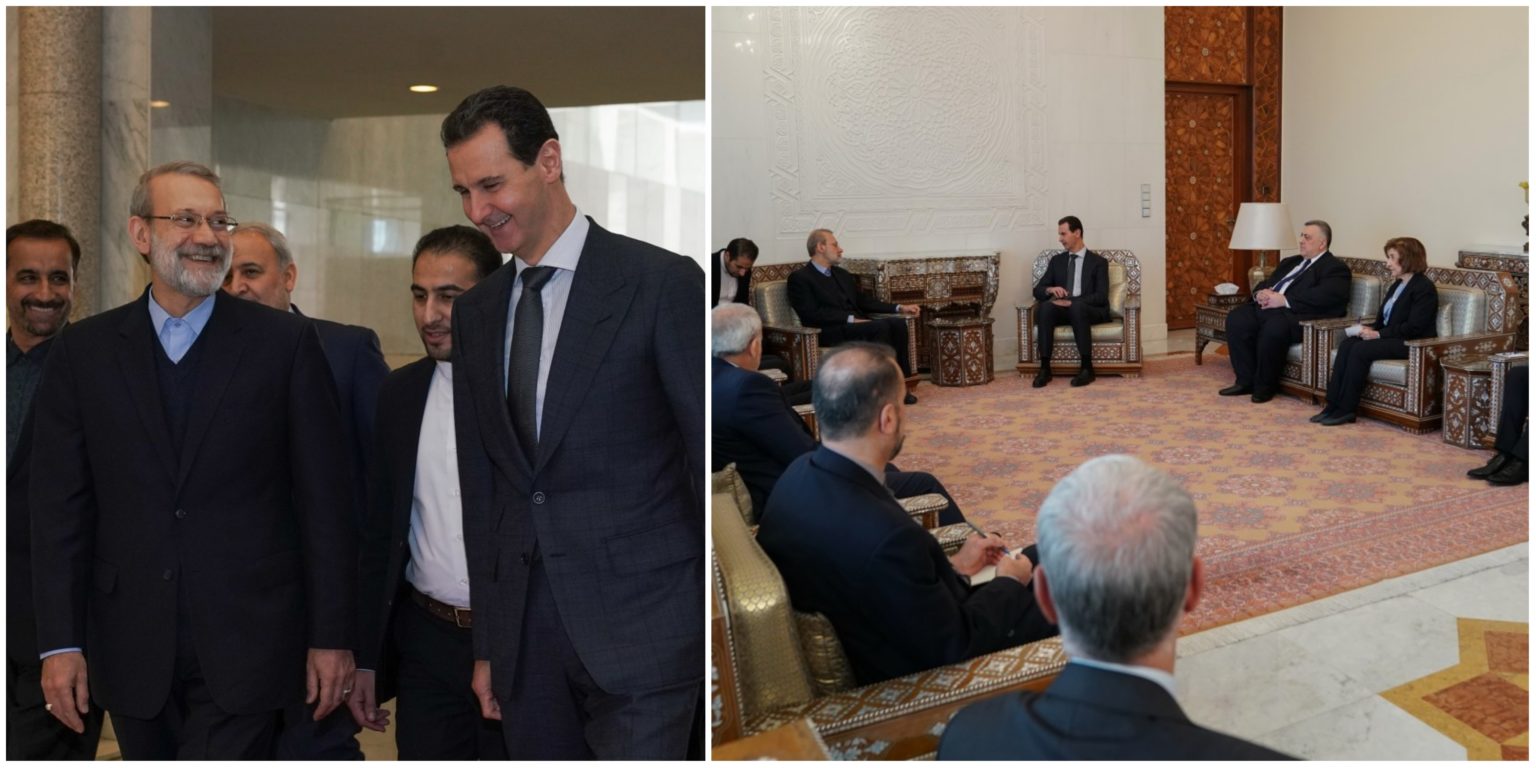 Syrian president said in this meeting: countries with enmity toward Syrian people trying to support terrorists who take civilians as human shield. This cannot continue to threat people’s lives and security and Syrian people are determined to free all of their lands.

Mr. Larijani stressing on recent victories against terrorism, promised of Iran’s supporting Syria in fighting terrorism and hoped for complete liberation of Syria from terrorism and reviving its position in the region.