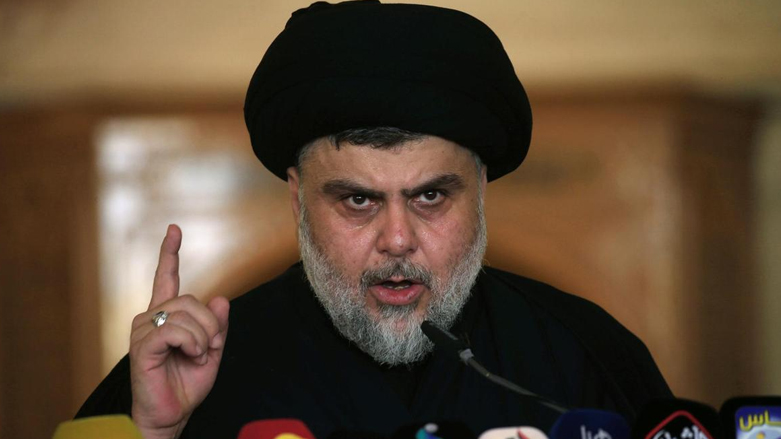 ISWNews Analysis Group: Muqtada Sadr, leader of Sadr movement and Saraya Al Salam group, in an interview with al-Sharqiya News, asked to talk with Barzani regarding abolishment of militant groups in Iraq.

He said:
– Kurdish Peshmerga troops are militant and if they are abolished, I abolish Saraya Al Salam, too. I can defend the country against foreign assault. I am ready to coordinate with Masoud Barzani to abolish Peshmerga, Hashad Sha’abi and Saraya Al Salam.
– “salih_m_iraqi” account is my personal account and no one else has access to it.
– It was the president who proposed Mohammed Tawfiq Allawi for prime ministry and we support him.
– Iran told us they don’t want to interfere in Iraq’s affairs and currently they are not interfering.
– To choose Adil Abdul-Mahdi, I only coalesced with Hadi al-Amiri. I was shocked from Abdul-Mahdi’s performance, he was unsuccessful in all works.
– Pompeo phone call with Mohammed Tawfiq Allawi is interfering in Iraq’s affairs and of it repeats we oppose Allawi.
– I ask the new government to prepare for the early election by the end of the year, since early election is victory of the movement and blood of martyrs.