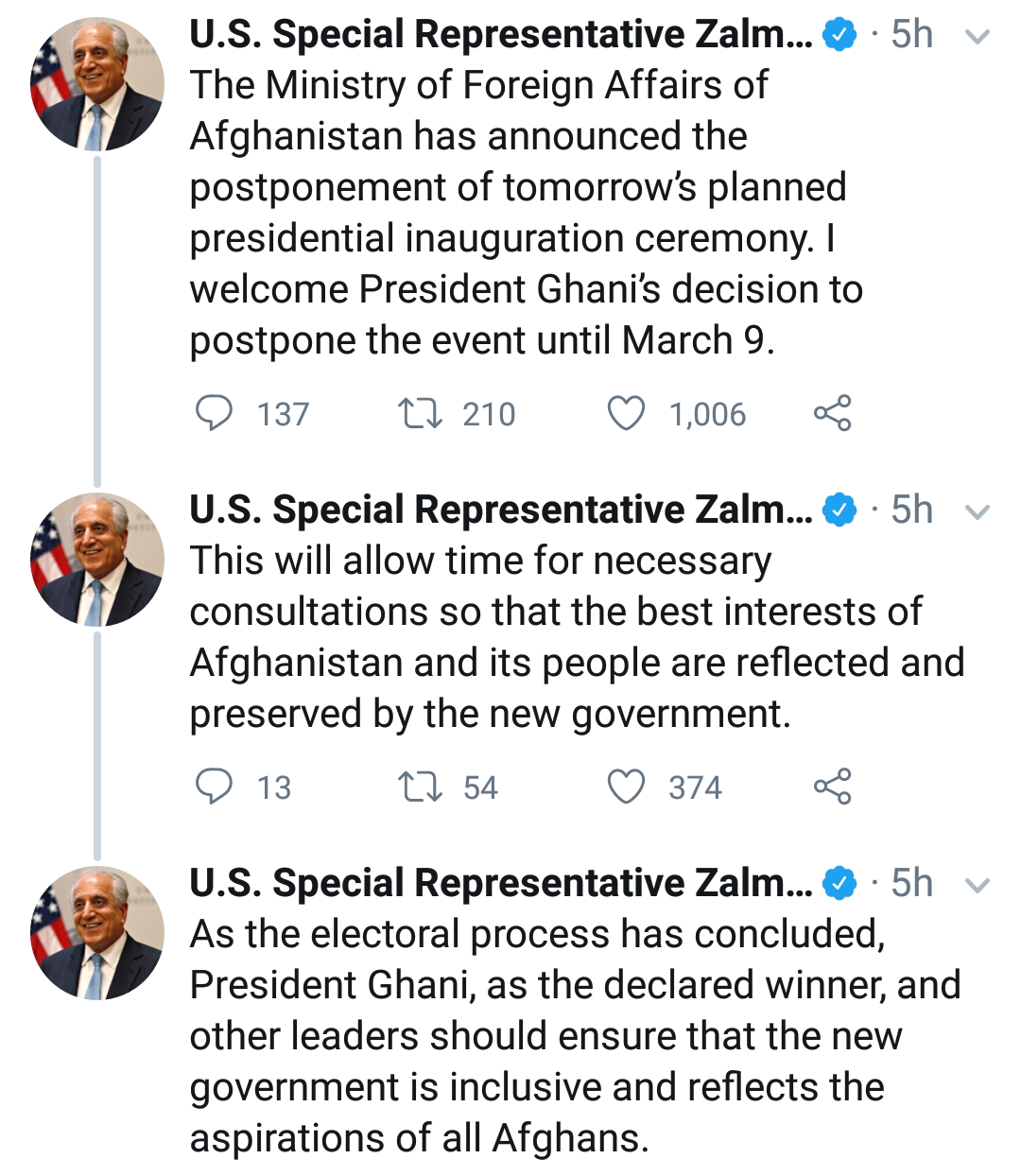 In his tweet, Zalmay Khalilzad supported Ashraf Ghani and invited other groups to trust him.

In meeting with Abdullah Abdullah, Khalilzad told him that inauguration ceremony will be postponed for 15 days and he also should stop assigning governors.
He invites Afghan groups to follow Ashraf Ghani and assure them Ghani’s administration will be inclusive.
General Dostum and Hekmatyar stances are not clear after their meetings with Khalilzad currently. But what is certain is that Abdullah Abdullah has not retreated from his claims.
Leaders of different groups from Abdullah Abdullah to Muhaqqeq and Karzay, Hekmatyar and Batur Dostum held their second meeting in Rabbani house and talked about these issues.