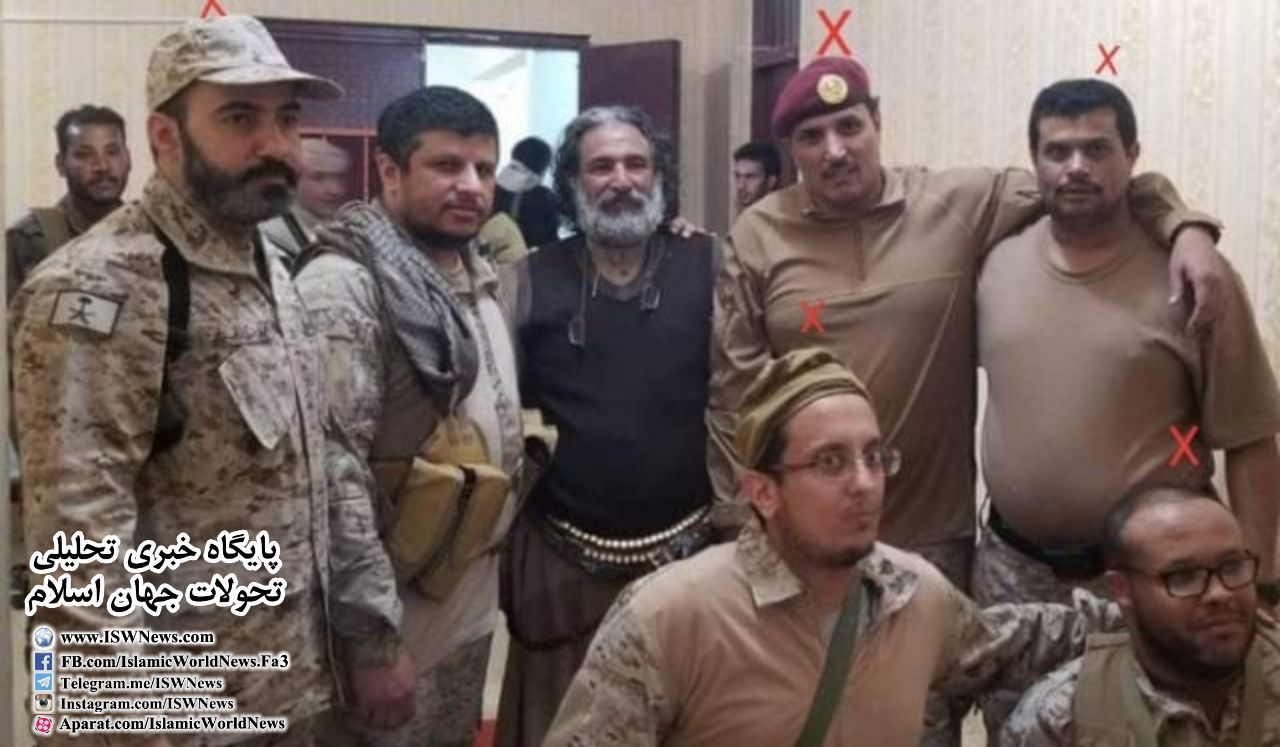 The photo shows Sheikh al-Akimi (governor of Jawf assigned by resigned government) and Saudi coalition commanders in al-Hazm. These forces entered al-Hazm with a lot of equipment to confront Ansar Allah.
Thos who killed in AnsarAllah missile attack are crossed in the image. Their name and rank will be reported after confirmation.