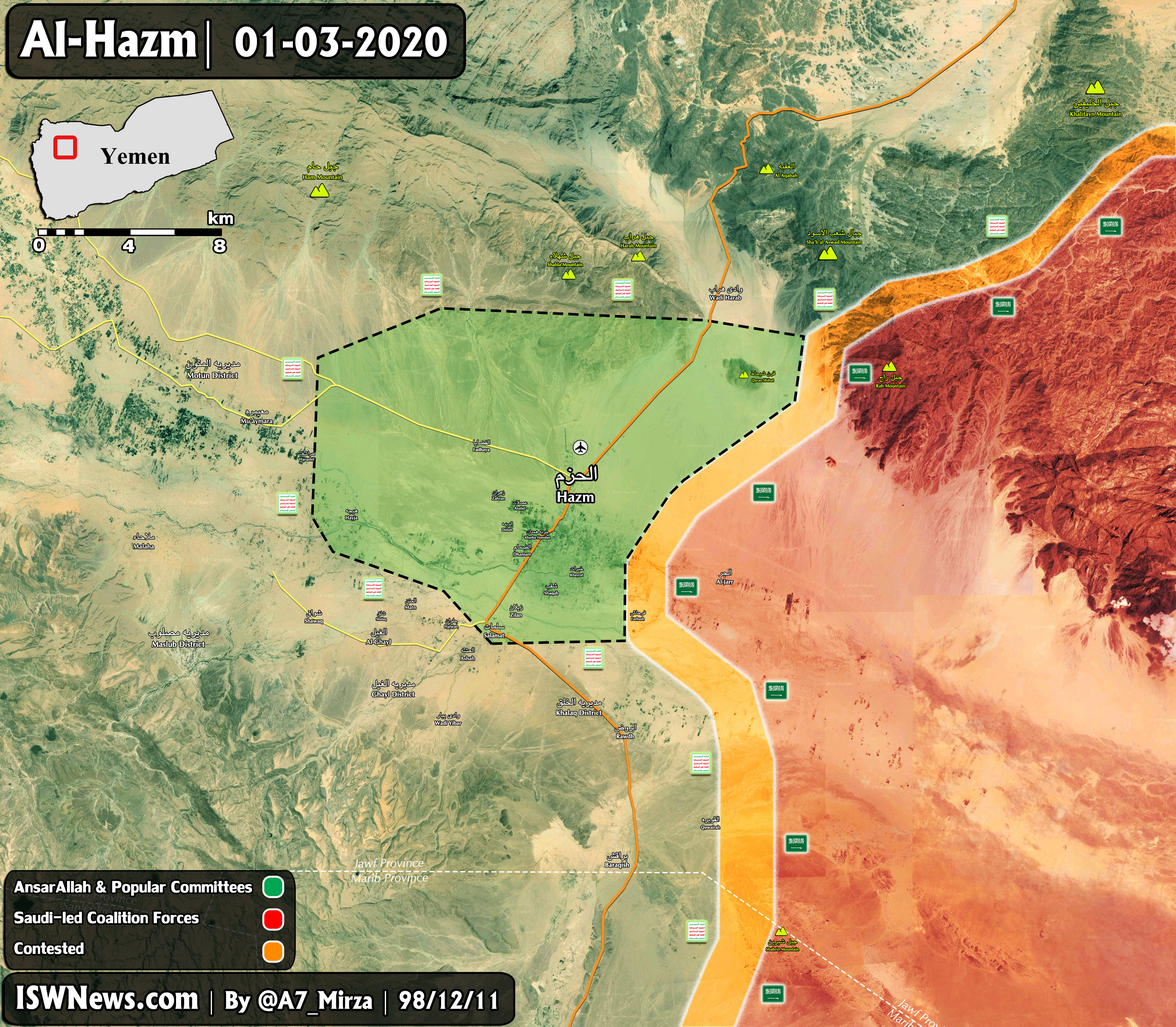 After liberating al-Ghayl district and recent days engagements in axis west, north and south of al-Hazm, Saudi coalition defense line collapsed in west and south of al-Hazm and Ansar Allah liberated the town in the morning completely.
Mansour Hadi’s resigned government and Saudi coalition forces are running away toward Marib and Ansar Allah chased them until six km toward east of al-Hazm.

According to our field source the name of areas liberated are as follows:
Town and airport of al-Hazm, districts al-Ghayl and Khalaq, areas Jaroub and Harashif in al-Motun district, Hayjah, Qaran Shihat, and areas to al-Jarr.
It is noteworthy that during this operation, Ansar Allah performed many drone and missile operations to al-Hazm and Saudi soil which will be discussed in details later.