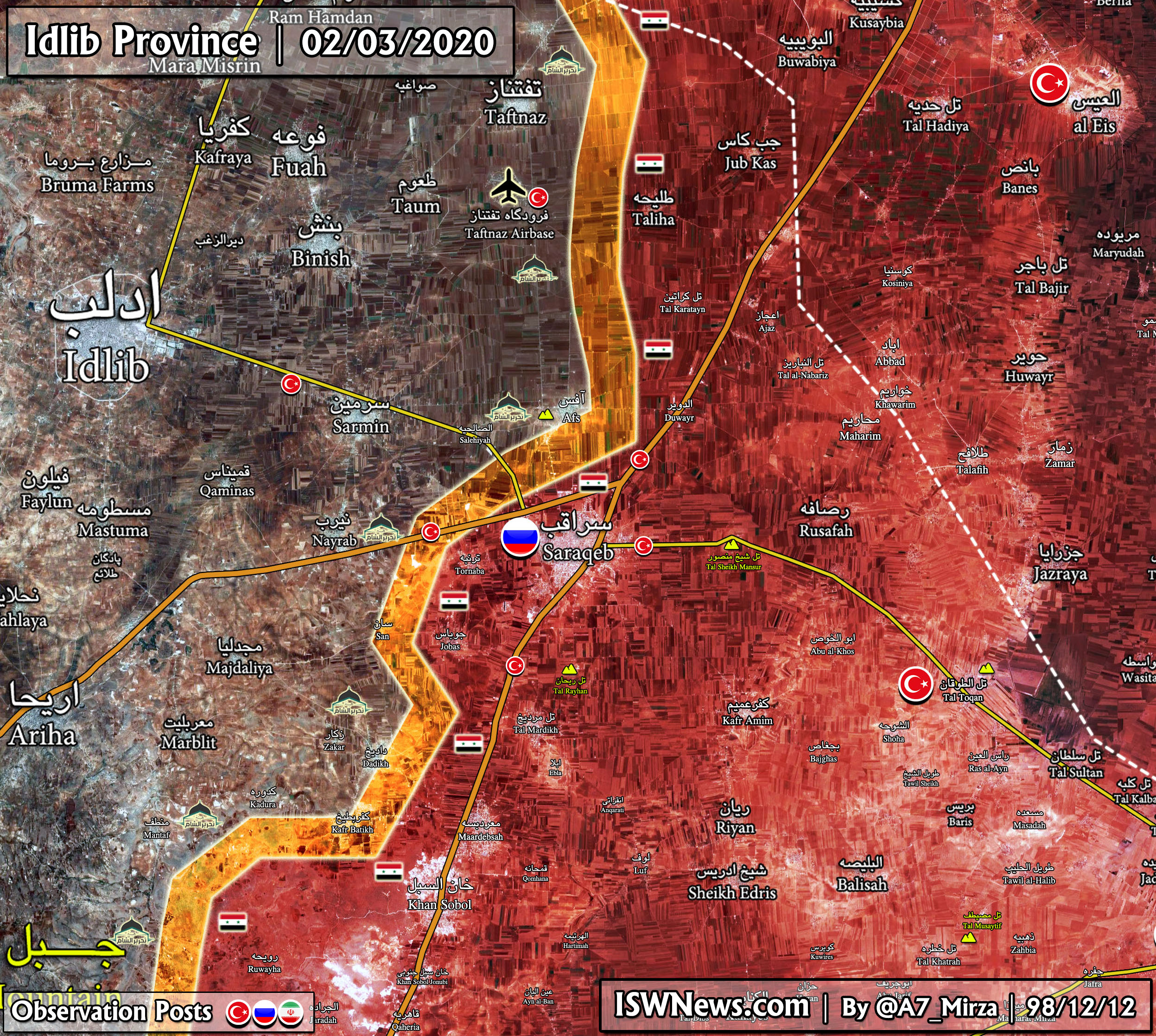 ISWNews Analysis Group: After the arrival of Russian Military Police in the town of Saraqib, the villages of al-Turnaba and Jubas also were liberated from the Turkish backed militants.

Yesterday, the Syrian Army spearheaded by the Syrian Resistance Forces i.e. Nubl and Zahraa and Fuah forces and Hezbollah forces, entered the town of Saraqib and during the hard fights, the terrorists were expelled from the city; And since this morning the city has been completely taken over by the Syrian Army. After that, Russian Military Police entered Saraqib this afternoon and officially declared the city unconquerable!

With the liberation of Saraqib by the Resistance Forces, it has been proven to many again, including the Syrians and the Russians, that if everyone does the job assigned to him properly and stops playing dirty political games, things will go through the schedule and it will be just as it should be!

P.S. The villages of Dadikh and Kafr Batikh are not under Syrian Army control so far.