Indian government accuses the police force for violence against Muslims! 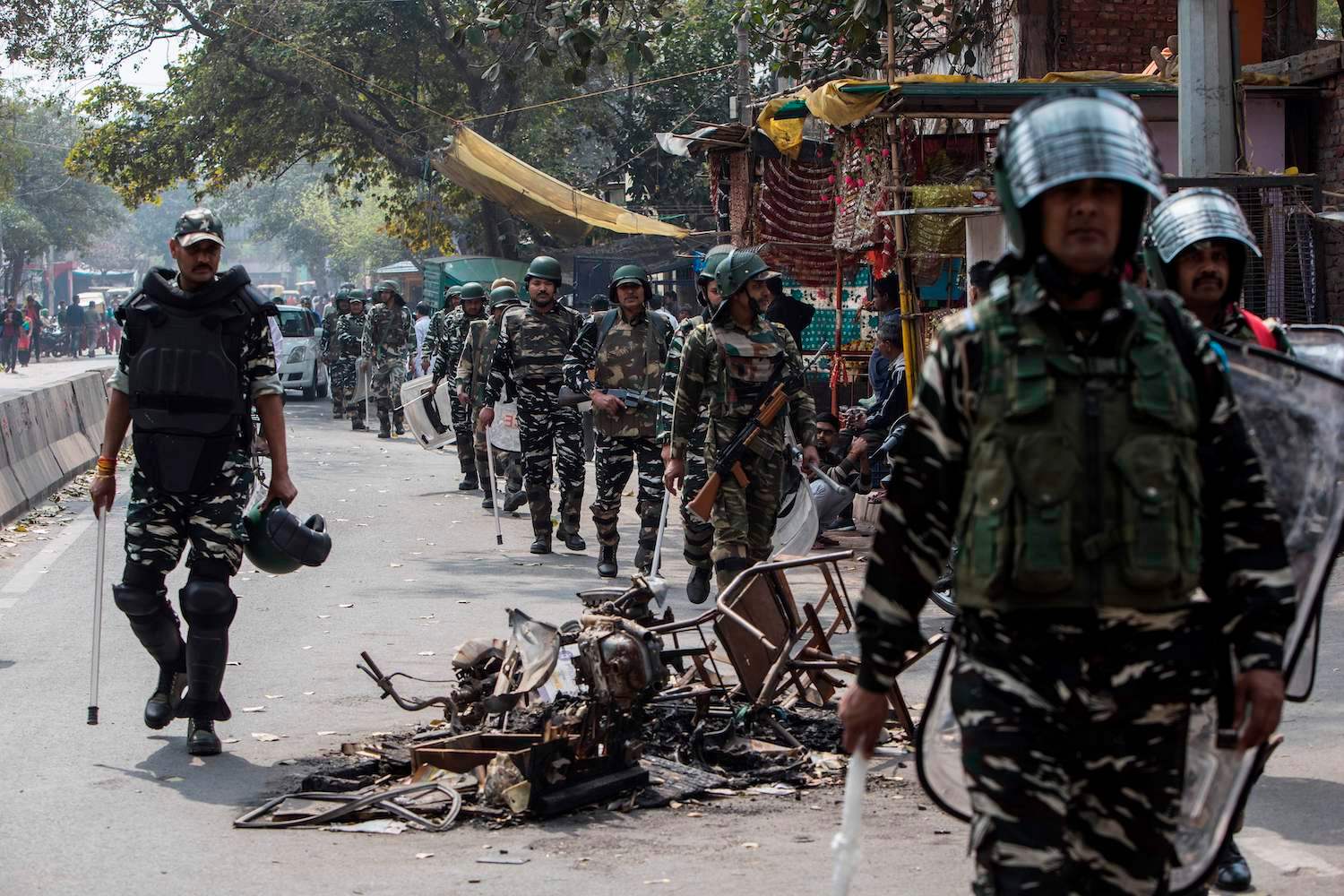 ISWNews Analysis Group: Indian state ministry in its initial report about Muslims protests and genocide in New Delhi, considers police of capital responsible for the incident.

Indian state ministry, accuses the police of capital for its passiveness and lack of action in time and not controlling the situation and said that police failed to stop damages to Muslims assets.
The ministry stated that lack of experience and competency of chief of New Delhi police department is the reason that things got out of control. Therefore, Hindus’ bigot violence and their attack to Muslims resulted in damages and death and injury of many.
Protests in India after the religious discrimination law passed in India’s parliament and Trump’s trip to India were intensified and thousands of Muslims were arrested, hundreds injured and almost 50 Muslims martyred.